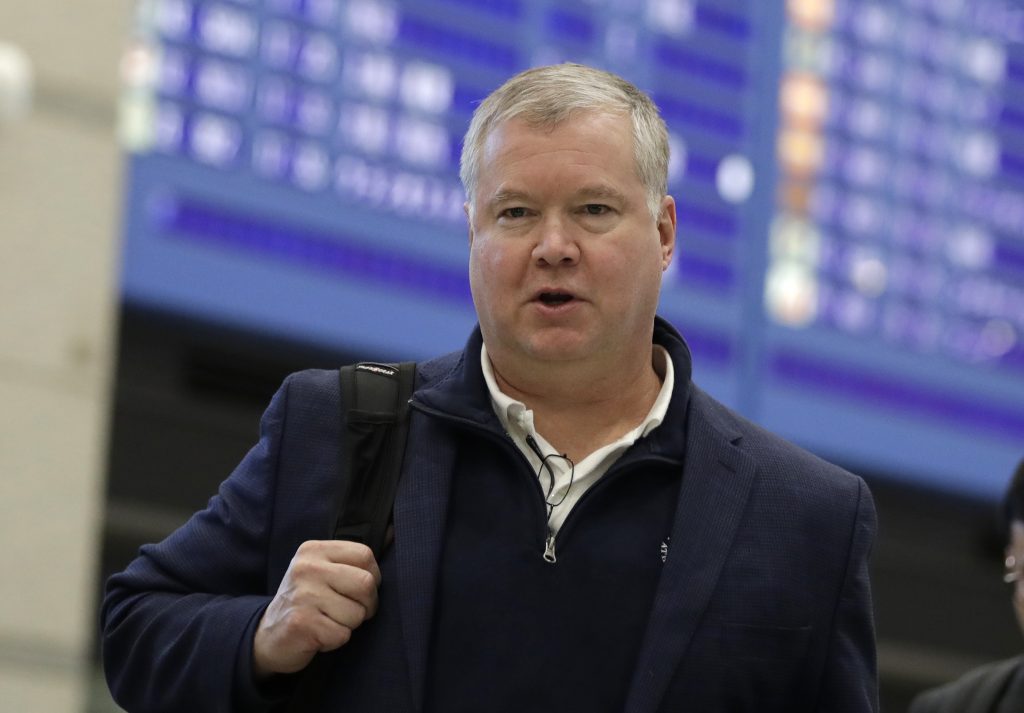 Trump’s special envoy for North Korea, Stephen Biegun, arrived in South Korea earlier Sunday amid reports that he’ll meet North Korean officials soon to work out details for the summit. Trump said last Thursday that he’ll announce this week the site and date for his meeting with Kim, expected around the end of February.

Seoul’s Foreign Ministry said in a statement that Biegun and his South Korean counterpart Lee Do-hoon held consultations about working-level U.S.-North Korea talks ahead of the summit.

South Korean media reported Biegun and his North Korean counterpart Kim Hyok Chol will likely meet at the inter-Korean border village of Panmunjom or in the North’s capital of Pyongyang early this week.

Little progress has been made toward ridding North Korea of its nuclear weapons since Trump and Kim held their first summit in Singapore last June. During that summit, Kim pledged to work toward complete denuclearization of the Korean Peninsula, though he didn’t provide a timetable or roadmap for his disarmament steps.

Satellite footage taken since the June summit has indicated North Korea has been continuing to produce nuclear materials at its weapons factories. Last Tuesday, U.S. intelligence chiefs told Congress they believe there is little likelihood Kim will voluntarily give up his nuclear weapons or missiles capable of carrying them.

Biegun said last week that Kim committed to “the dismantlement and destruction of North Korea’s plutonium and uranium enrichment facilities” during his summit with South Korean President Moon Jae-in in September and at a meeting with Secretary of State Mike Pompeo in October.

During the second summit, some experts say North Korea will likely seek to trade the destruction of its main Yongbyon nuclear complex for a U.S. promise to formally declare the end of the 1950-53 Korean War, open a liaison office in Pyongyang and allow the North to resume some lucrative economic projects with South Korea.