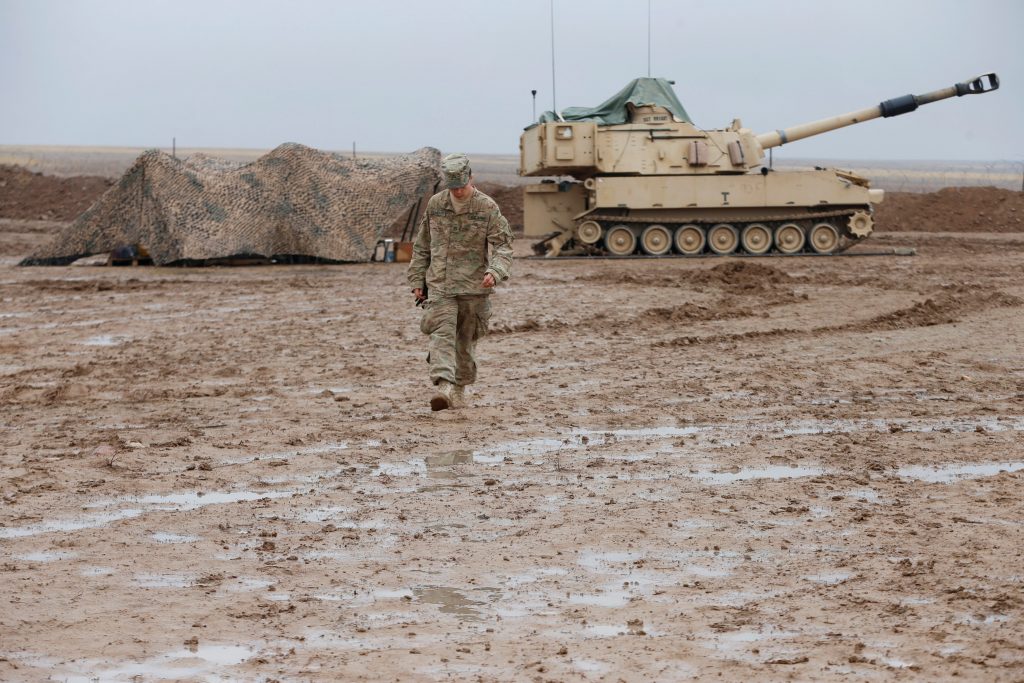 President Donald Trump said it was important to keep a U.S. military presence in Iraq so that Washington can keep a close eye on Iran, according to a CBS interview to be broadcast on Sunday.

Trump said the United States spent a fortune on a base in Iraq. “We might as well keep it. One of the reasons I want to keep it is because I want to be looking a little bit at Iran because Iran is a real problem,” he said in excerpts from the interview.

“All I want to do is be able to watch. We have an unbelievable and expensive military base built in Iraq. It’s perfectly situated for looking at all over different parts of the troubled Middle East rather than pulling up.”

Trump defended his decision to withdraw troops from Syria but refused to provide a timetable for the pullout, which was criticized by members of his own Republican Party and caused concern among some allies in the region.

He said some of the forces moving out of Syria will go to the base in Iraq and “ultimately some will be coming home.”