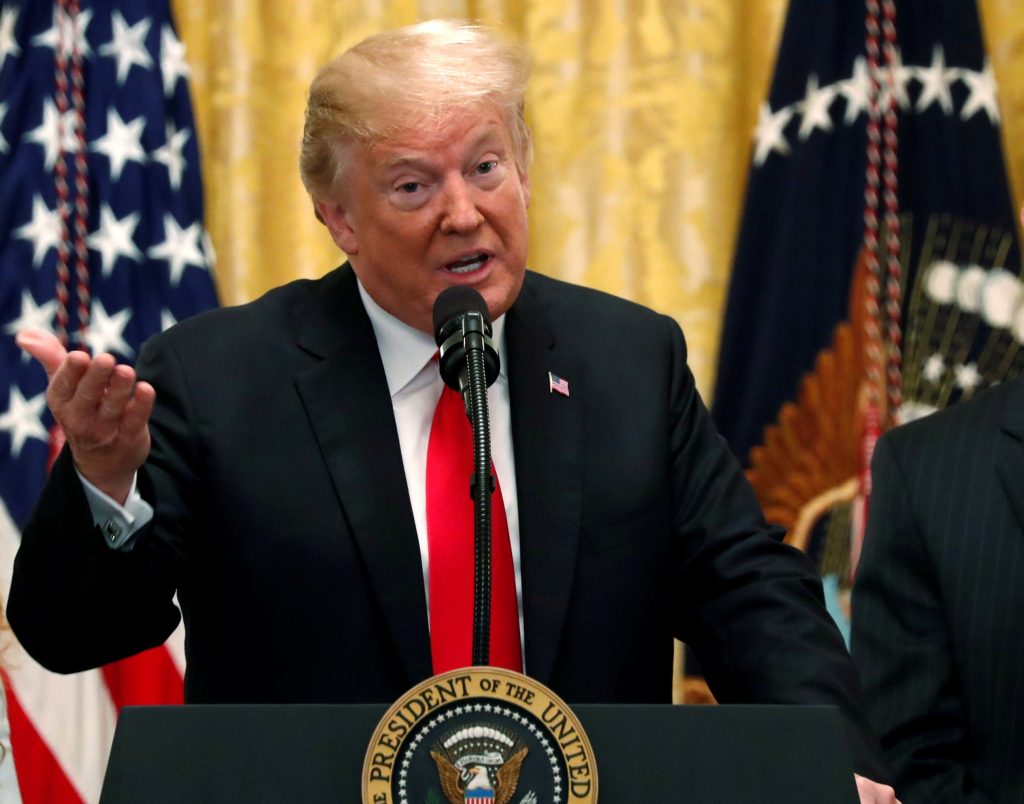 President Donald Trump has given Israeli security as one of the main reasons for keeping at least some U.S. troops in Syria for the present, after a previous announcement that he was pulling them out.

“Look, we’re protecting the world,” he added. “We’re spending more money than anybody’s ever spent in history, by a lot.”

President Trump’s initial surprise decision in December to withdraw all troops from Syria reportedly alarmed Israeli officials, who have been pressing the administration to go slow, since it’s presence keeps Iranian forces there at bay.

They have been pushing Washington to maintain a presence in al-Tanf in eastern Syria, where they have been effective in countering Islamic State as well as Iranian entrenchment in the region, according to The Jerusalem Post.