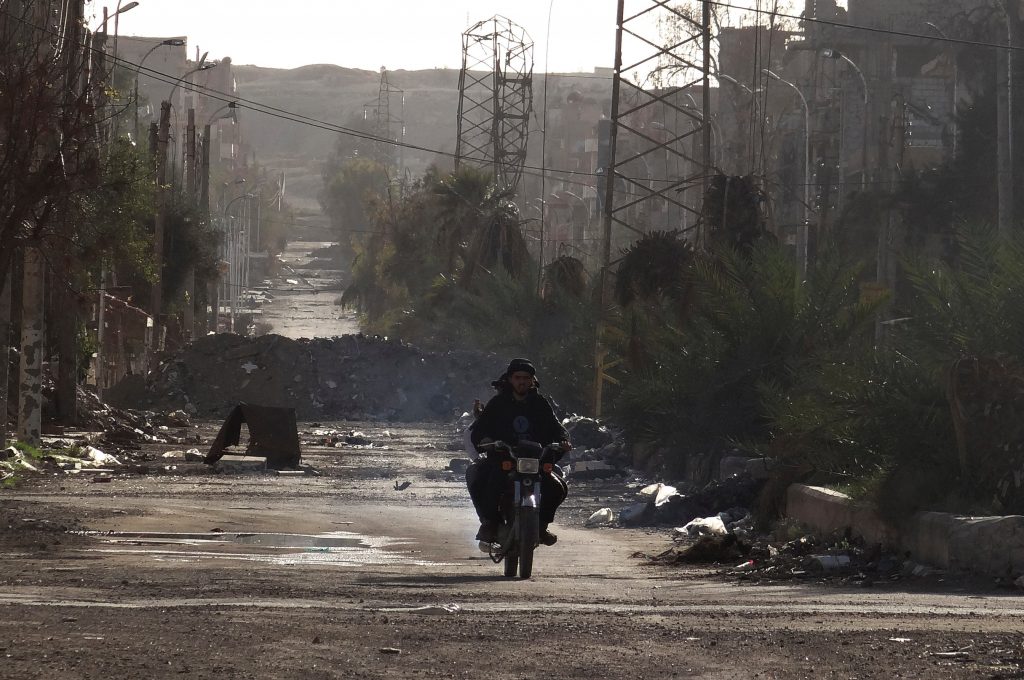 “U.S. coalition aircraft launched an aggression this evening against one of the Syrian Arab army formations operating in the Albukamal area in the southeastern countryside of Deir al-Zor,” state news agency SANA cited the source as saying early on Sunday.

The attack injured two soldiers and destroyed an artillery piece, the source added.

The U.S.-led coalition against the Islamic State terror group could not be immediately reached for comment. It has previously denied striking Syrian military targets in that area.

Islamic State now holds only a couple of villages in Syria, having lost almost all its territory in 2017 to two rival offensives, one by the U.S.-led coalition with local fighters, and one by the Syrian army and allied militia backed by Russia.

The jihadist group also holds an enclave of desert surrounded by the Syrian army in the center of the country.

Russia and the United States maintained military communications to prevent unplanned conflict between the two forces fighting Islamic State. However, some clashes have occurred.