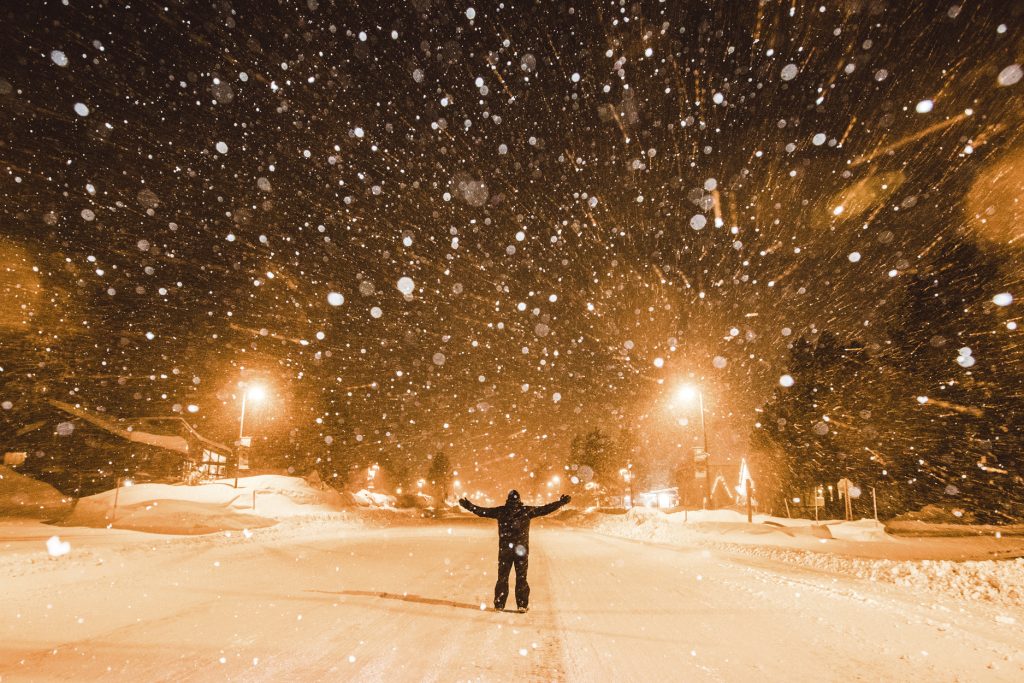 A forecast of more intense snowfall and powerful winds in the Sierra Nevada has prompted authorities to issue blizzard and avalanche warnings on Sunday and say that conditions in the mountains could become “life-threatening.”

A winter storm sweeping across California and Nevada has dumped as much as 8 feet of snow over the past two days. Much more is expected in the next two days as additional cold weather systems will bring widespread snow and showers.

The National Weather Service said 8 feet fell at the June Mountain Ski resort north of Mammoth Lakes and up to 3 feet were reported in the resorts around Lake Tahoe since Friday.

Forecasters said a blizzard from Sunday night to Monday night could bring another 5 feet around Lake Tahoe and another 8 feet to the highest elevations, and light snow down to the foothills.

The forecast called for winds gusting as high as 50 mph at the lake level, and up to 100 mph over mountain ridges.

“Do not attempt to travel!” the warning said. “Road crews and first responders may not be able to rescue you. Stay indoors until the snow and wind subside. Even a short walk could be deadly if you become disoriented.”

The avalanche warning was issued for the backcountry areas on the Nevada side of the range as well as in the greater Lake Tahoe area.

“There’s been so much snow at once, it doesn’t have a chance to pack down, leading to very unstable ground,” said Cassie Leahy, a meteorologist with the National Weather Service in Reno.

The Sierra is already loaded with snow from a series of storms in January.

The storms battered California on Saturday, shutting key highways after water and mud rushed into lanes from bare hillsides scarred by wildfires. In Santa Barbara county, residents living near the fire scars were ordered to evacuate, and by Sunday they were allowed to return home as the rain and threats of mudslides diminished.