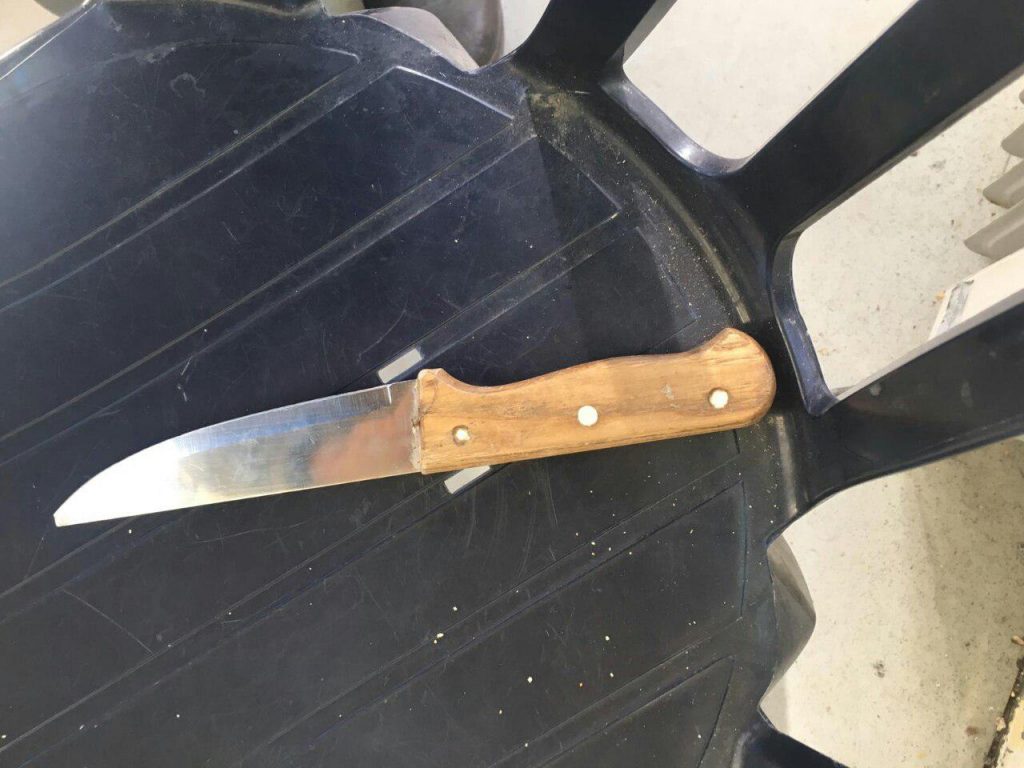 An Arab resident of Chevron tried to enter the Me’aras Hamachpelah compound with a knife in his possession. The suspect, in his 20s, attempted to blend into a group of tourists at the inspection posts at the entrance to Me’aras Hamachpelah, manned by Border Police. They noticed the suspect’s behavior and the fact that he was not part of the group, and called him over for a more in-depth inspection.

At some point, the officers pointed their weapons at him, and in response, the suspected terrorist pulled out the knife, threw it to the floor and surrendered.

A preliminary investigation reveals that the suspect had apparently come to Me’aras Hamachpelah to carry out a stabbing attack. He was arrested and taken for questioning.

No Israelis were injured in the incident, baruch Hashem.

“The soldiers’ alertness apparently prevented a stabbing attack,” the Border Police stated. “The suspect tried to enter Me’aras Hamachpelah by pretending to be a tourist, and the officers’ experience and professionalism led to the thwarting of his intentions.”