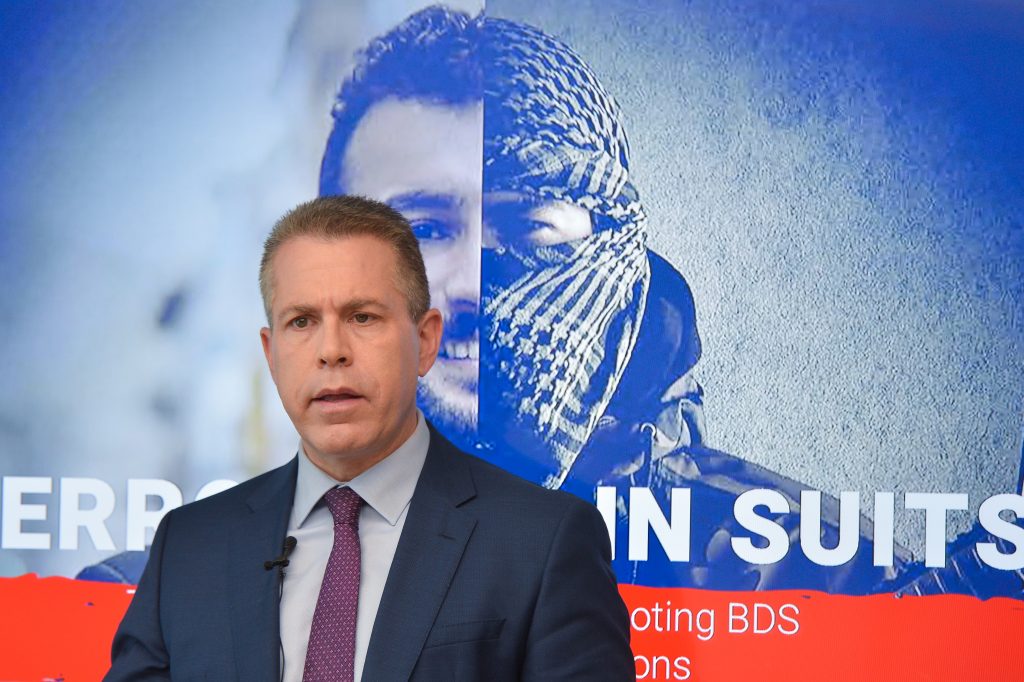 Extensive links between BDS groups in Israel to Palestinian terror groups were uncovered by the The Ministry of Strategic Affairs in a report issued on Sunday.

The report, called “Terrorists in Suits,” enumerates over 100 cases of BDS ties to Hamas and the Popular Front for the Liberation of Palestine, including more than 30 terrorists who serve in senior positions in the NGOs.

“Terrorist groups and the anti-Israel boycott campaign have united in their goal of wiping Israel off the map. Terrorist groups view boycotts as a complementary tactic to terror attacks,” Strategic Affairs Minister Gilad Erdan said at a press conference.

“I urge all governments and financial institutions to investigate the activities of these BDS organizations, and immediately end all funding and support that they provide to them,” he said.

Erdan asserted that the research confirms what Israeli officials have been saying for a long time, that the BDS movement aims at the destruction of Israel.

“When people talk about the goals of the BDS movement, they don’t bother to read official statements from its leaders,” Erdan noted. “If you do, it becomes clear that the goals of its leaders are the same as those of the leaders of Palestinian terror organizations. BDS rejects Israel’s right to exist as a Jewish state within any borders. They want to see Israel wiped off the map.”

“Promoting boycotts is [just] a different means to achieve this goal,” he added.

Among the known terrorists who were found to be active in BDS was Laila Khaled, a PFLP member infamous for hijacking two civilian planes in 1969 and 1973, who was found to have planned terrorist attacks in Yerushalayim in 2011. She currently raises money for BDS organizations in Europe and South Africa.

Another example is Mustapha Awad, a Hezbollah-trained PFLP member, who is part of the U.S.-based NGO Samidoun, which coordinates with the PFLP to secure the release of Palestinian terrorists from prison, and supports BDS and the ongoing riots on the Gaza border.