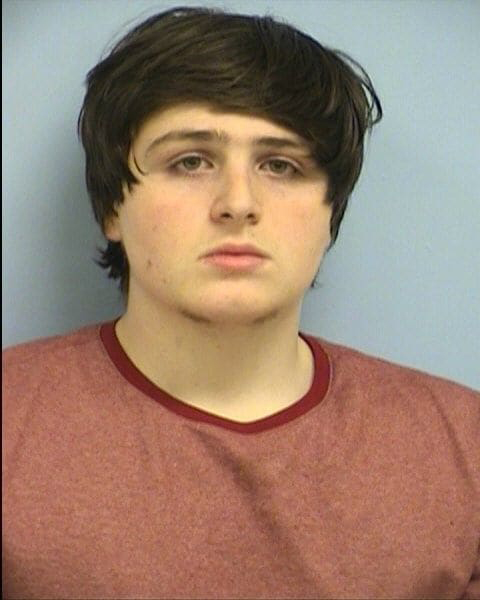 His second: using an electric scooter as his getaway vehicle.

Aside from the fact that the Silicon Valley imports top out at about 15 mph, police have begun to realize that they’re also approaching a digital fingerprint on wheels.

Turning a rental scooter on, as regular users know, requires a rider to use an app that contains their phone number, email address and credit card information. You’ll probably be unsurprised to learn that these are the kinds of personal details that make it easy for police to track down criminals.

Just over a month after his alleged crime, Mangiarano was arrested and charged with robbery by threat, police said.

“This was a learning experience for me and the robbery unit,” Detective Jason Chiappardi of the Austin police department said. “We had never had a scooter involved in a robbery. One of the first things I learned was that every scooter has its own design based on their decals and other specific differences.”

The Dec. 18 incident began when the 19-year-old entered BBVA Compass bank in downtown Austin, Texas, and handed a teller a note demanding cash, police said. Authorities declined to say how much money was stolen, but Fox 7 Austin reported that police said the note included specific instructions: “This is a robbery, please give me all your 100′s and 50′s in a envelope and everything will be ok.”

Once the employee gave him the cash, Mangiarano left the bank, police said, leaving police a trail of electronic bread crumbs waiting to be plucked from the cloud.

Another bank employee spotted a man resembling Mangiarano hop on an electric scooter, police said. Investigators managed to find surveillance video that captured a man dressed like the suspected robber riding away from the crime scene – on the sidewalk, police said.

“One of the biggest things we do is look for video,” Chiappardi said. “It helps us immensely, and in this case it led us to seeing the suspect on the scooter.”

Using the video, police were able to recognize a Jump scooter, police said. Because Jump – which has placed bright-red scooters in seven cities around the country – is owned by Uber, detectives sent the ride-sharing giant a court order requesting geolocation data and user information for the scooter, police said.

After receiving the court order, police said Uber provided investigators with Mangiarano’s contact information – a phone number and email address – as well as a credit card number. Surveillance video taken from in front of the teenager’s apartment – in which the alleged thief resembled the teen in still photos taken inside the bank – convinced investigators that they had identified the perpetrator, police said.

Investigators also discovered that Mangiarano’s cellphone information placed him in the vicinity of the bank at the time of the robbery.

“We knew that the scooter used GPS because if the company needs to retrieve them, they need to know where the scooters are,” Chiappardi said. “I sent a search warrant to Uber, and they were able to give us any of the account information for each ride. As an Uber user myself, I know what info I have to provide to use an Uber, and I was hoping it would be the same case with an electric scooter – and it was.”

“We appreciate the Austin Police Department’s work in this case that led to an arrest of this individual,” the company said in a statement about the bank robbery. “We fully cooperated with law enforcement and will continue to provide any information to them that may be helpful on their investigation.”

Chiappardi said technology is rapidly changing the way investigators do their jobs because much of their time is spent tracking down digital clues, whether they’re found inside a suspect’s computer, phone or a recently used e-scooter.

“In the past you were looking for fingerprints and then it was DNA, and now you’re looking more and more towards examining people’s digital footprint,” he added.

Mangiarano isn’t the first person alleged to have used an electric scooter as a means of escape after a crime. In September, police were searching for a suspected burglar who fled the scene using a Bird scooter, according to ABC News.

Michael Leppert told ABC that he was getting ready for work when he heard someone downstairs. By the time he investigated, his wallet, backpack and laptop were gone. Leppert said a neighbor told him that he had seen a man leaving the scene of the crime on a Bird scooter.

In December, a Bird scooter was also allegedly used during an armed robbery in Baltimore, according to ABC affiliate WMAR. Police told the station that the victim was on his phone when the suspect “raced up on a Bird scooter, pulled out a gun and said, ‘Gimme your phone!’ ”

Police said the victim handed over his phone and the thief sped off on the scooter, according to the Baltimore Sun.

In August, St. Louis police said they were investigating an incident involving a 35-year-old St. Louis woman who said she was carjacked by a man who approached her riding a Lime scooter, according to NBC affiliate KSDK.