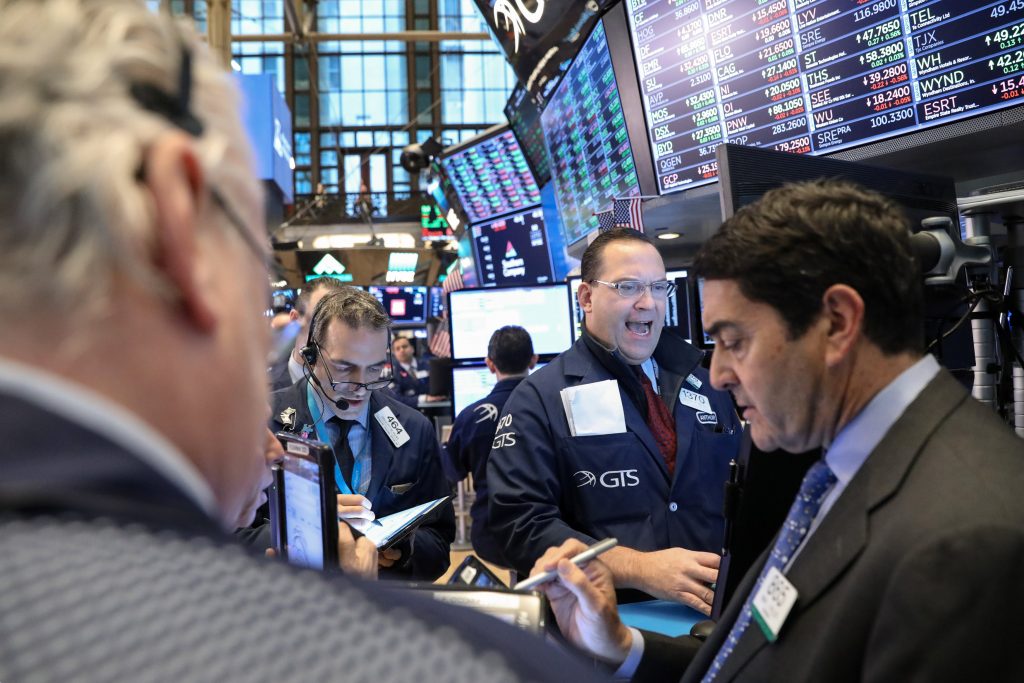 Stocks are mostly higher in morning trading on Wall Street Friday after a surge in hiring in January was tempered by a weak revenue forecast by Amazon.

The solid jobs report came in the same week that investors got encouraging news from the Federal Reserve, which confirmed that it will be “patient” in deciding when to raise interest rates.

Stocks are coming off their biggest monthly gain since 2015 as investors worry less about the prospects of the U.S. economy dipping back into recession and as big U.S. companies report mostly higher earnings. Chevron and Exxon both gained after results beat forecasts.

JOBS: U.S. employers added 304,000 jobs in January, far more than the 165,000 that economists had been expecting. The government also revised its December figures sharply lower, to 222,000 from 312,000. Even with the revision, hiring has accelerated since last summer, a development that has surprised economists, because hiring typically slows when unemployment is so low.

ECONOMIC GLOOM: Despite the strong jobs report in the U.S., investors are seeing signs of weakness elsewhere in the global economy, such as Europe. Italy is in a recession and Britain appears to be headed for a disorderly exit from the European Union.

In the U.S., consumer confidence fell in January for a third straight month. The housing market is slumping as mortgage rates steadily increase. Sales of existing homes plunged in December and fell 3.1 percent in 2018.

TRADE TIFFS: The protracted trade war between the U.S. and its trading partners continues to be a significant worry for investors. On Friday the European Union introduced new measures to prevent steel produced for the U.S. market from flooding into Europe.

Two days of trade talks between the U.S. and China wrapped up Thursday without a deal but with an upbeat outlook. The continued negotiations come as investors are worried about a slowdown in China and the damage that tariffs could cause to the U.S. economy by raising prices on consumer products.

PRIME PROFIT: Amazon cashed in on a strong year-end shopping season, and the company’s quarterly earnings topped $3 billion for the first time. Both profit and revenue beat Wall Street forecasts, but the results couldn’t outweigh disappointment over the e-commerce giant’s outlook.

OIL: Exxon and Chevron both made gains after beating forecasts despite a highly volatile period for oil prices. The price of benchmark U.S. crude fell about 40 percent during the final quarter of 2018. That sharp drop followed a year of price gains. For Exxon, it was the most profitable year since 2014.