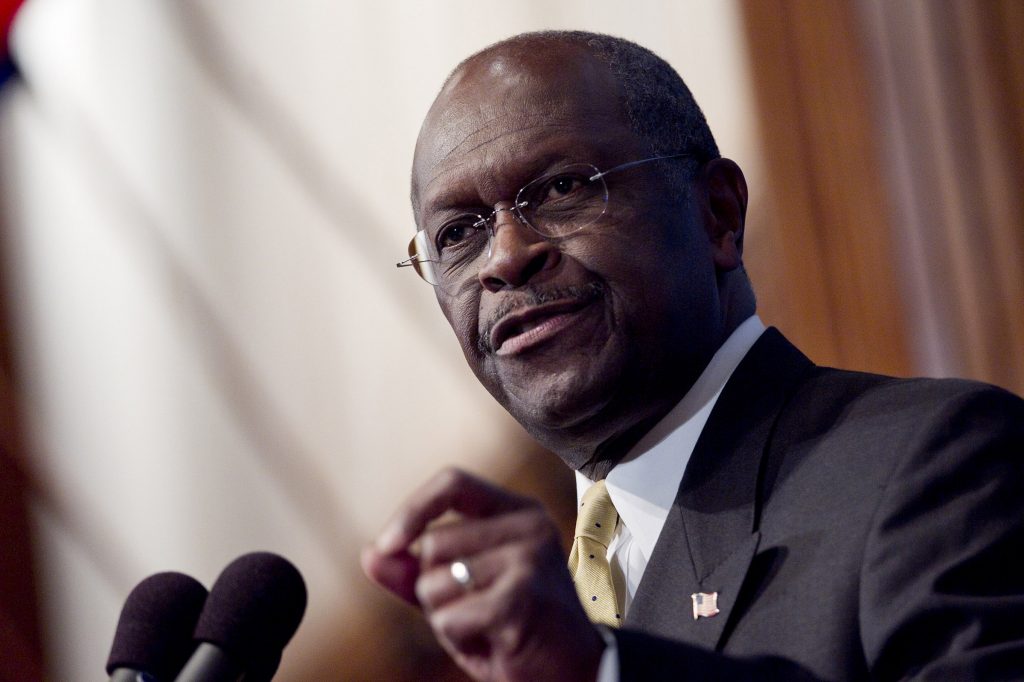 Herman Cain, the former pizza company executive who ran for the Republican presidential nomination in 2012, is being considered by President Donald Trump for a seat on the Federal Reserve Board.

Cain, 73, was in the White House on Wednesday, according to people familiar with the matter. Two seats on the Fed board are vacant, but nominating Cain raises the prospect of a Senate confirmation hearing focused on misconduct that ended his presidential campaign.

The people declined to be identified discussing the matter because Trump hasn’t made a decision. Cain was also under consideration for other possible top government posts.

The president’s top economic adviser, Larry Kudlow, said last week that the White House wants Fed governors “who understand that you can have strong economic growth without higher inflation.”

Last year, Trump repeatedly attacked Federal Reserve Chairman Jerome Powell for raising interest rates, and Bloomberg News reported last month that the president had even discussed firing him. One way the president can directly influence monetary policy is through nominations to the Fed board, though anyone he picks must be confirmed by the Senate.

America’s central bankers find themselves at a pivotal moment. They concluded their quarterly meeting on Wednesday with a signal that they were pausing rate hikes, and expressed more flexibility to alter their balance sheet runoff plans, which have been criticized by Trump. The policy rate was left unchanged.

At his press conference following the meeting, Powell said the American economy will grow at a “solid pace” this year, though he cited “cross-currents and conflicting signals” about the outlook as reasons for caution.

Cain, the former chief executive of Godfather’s Pizza and an ordained Baptist minister, attracted national attention when he turned a forum on health care reform into a debate with President Bill Clinton in 1994. He’s a graduate of Morehouse College and received a master’s degree from Purdue.

Cain could be considered for other top government posts, the people said. Cain declined to comment on whether Trump is considering him for a job.

Goodfriend didn’t appear on a list of dozens of renominations the White House submitted to the Senate earlier this month.

Cain’s syndicated radio show on Cox Media ended last year. In addition to Godfather’s, he was a top executive at the Coca-Cola Co. and Pillsbury Co.