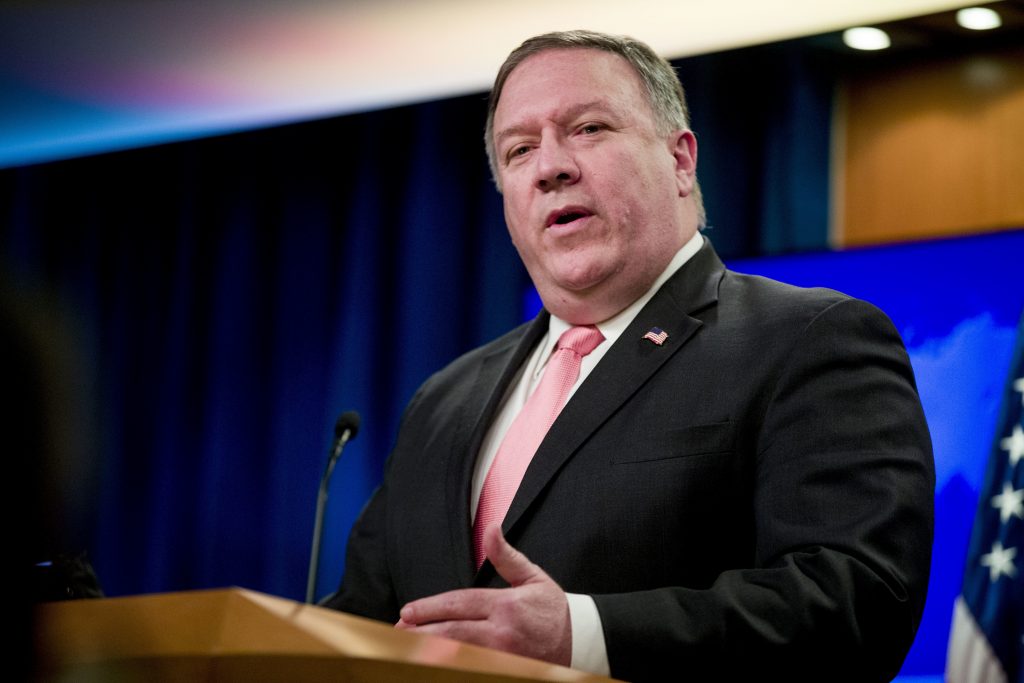 Secretary of State Mike Pompeo said on Wednesday he was dispatching a team to make preparations for the next summit between President Donald Trump and North Korean leader Kim Jong Un to be held somewhere in Asia late in February.

In an interview with Fox News Channel, Pompeo said the North Koreans had agreed the second summit between the two leaders would be held at the end of February.

“We’ll do it someplace in Asia,” he said.

“I am dispatching a team there. They’re headed that way now to lay the foundations for what I hope will be a substantial additional step towards the path for not only denuclearization of the peninsula but a brighter future for the North Korean people,” Pompeo said.

Pompeo did not name the summit venue. Vietnam said last week it had not been informed about any time or venue for a possible Trump-Kim summit, but that it was confident in its ability to host such a meeting.

Officials and diplomats said two weeks ago that Vietnam was keen to host the summit and two sources told Reuters that Hanoi was preparing to receive Kim on a state visit.

Singapore, where Trump and Kim met in June, and Bangkok have also been talked about as possibilities for a summit.

Last June’s summit – the first between a sitting U.S. president and a North Korean leader – produced a vague commitment by Kim to work toward the denuclearization of the Korean Peninsula, but he has yet to take what Washington sees as concrete steps in that direction.

South Korea’s Yonhap News Agency cited a South Korean Foreign Ministry official as saying the two sides would focus on how the United States might respond if the North dismantled its Yongbyon nuclear complex, in preparatory talks for a second summit.

Yonhap said the preparatory talks could begin next week.

Possible U.S. reciprocal steps could include talks to clinch a peace treaty to formally end the 1950-53 Korean War, the official was quoted as saying.

The war ended with an armistice and North Korea has long sought a formal treaty.

But the South Korean official ruled out the possibility of easing sanctions on North Korea or a resumption of economic projects between the two Koreas.

Last week, South Korean Foreign Minister Kang Kyung-wha told Reuters at the World Economic Forum in Davos that North Korea could show its commitment to denuclearization by shutting its Yongbyon complex and allowing international inspections to confirm that.