Israel Organizers: Rioters at End of Ethiopian Protest ‘Trying to Hurt Our Cause’
Israel 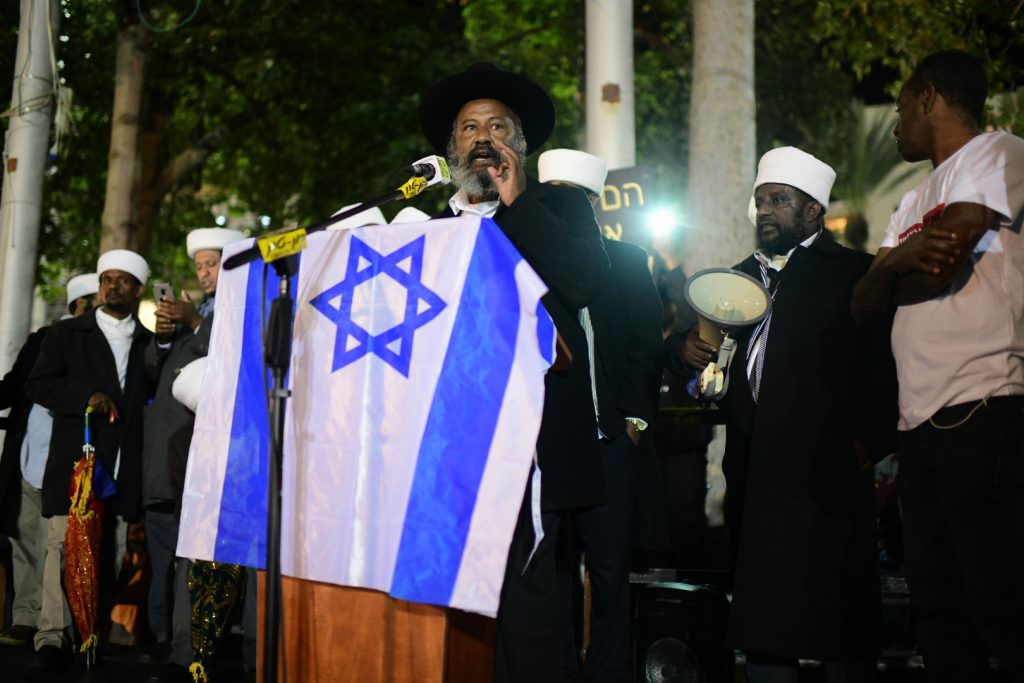 Leaders of the Ethiopian community protested against police violence on Thursday, while denouncing the violence that took place at the end of the protest Wednesday night – with several dozen youths attacking police with bottles and rocks. While taking responsibility for the violence, the organizers said that police had a role as well.

Speaking to Channel 13 news, Avi Yalu and Shachar Mula said that “the protest ended in an excellent manner with no violent outbursts, and then we had the march. At the end of the event, police began dispersing the crowd, some of them in a violent manner, with officers on horseback moving about the crowd. They blocked exits and wouldn’t let people on the train to go home.” With that, those who confronted police were “a small minority of protesters, negligible compared to the large numbers of protesters.”

There were about 20,000 protesters who gathered at the Azrieli Center Wednesday afternoon and proceeded to march to Rabin Square, where the crowd heard speeches against police violence. The protest was called in the wake of the death of Yehuda Biadaga, z”l, who was shot by police in Bat Yam earlier in January. According to police, Biadago, 24, was shot when he charged an officer with a knife with intent to attack. Police were responding to a call about a domestic disturbance, in which Biadaga, who has suffered from post-traumatic stress disorder in the past, threatened people in his apartment and outside on the street.

Police maintained a low-key presence throughout the event, which in general was orderly. Streets in central Tel Aviv were closed to accommodate the march, and protesters closed the Ayalon Expressway for several minutes before moving on, without police interference.

The protest broke up at about 9:30 pm., with the crowd dwindling. A group of several hundred youths remained behind, and gathered up bottles and began throwing them. Some of the bottles were aimed at store windows, and several windows were smashed. Police moved in to confront the group, which was now rioting. Leaders of the rally, including the keisim (community elders), attempted to appeal to the group to stop what they were doing. Police moved in and used anti-riot methods to break up the group. Six police officers were injured and 11 rioters were arrested.

Mula told Walla News that the protest was largely a success. “It was very respectful and reserved, and police agree with our assessment. The riot at the end was carried out by a group that was not part of the protest, and whose objective was to harm us. With that, we can understand their actions, as these are youths who face police brutality on a daily basis,” he said.