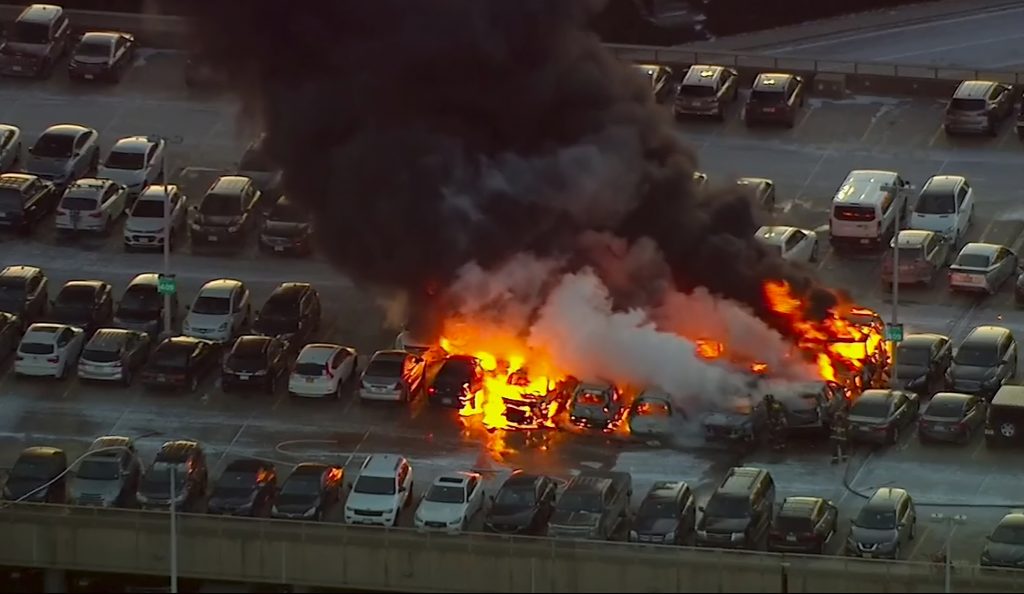 A parking garage fire at Newark Liberty International Airport that damaged more than a dozen vehicles.

Authorities say the fire began at approximately 7 a.m. Thursday on the rooftop of the garage for the airport’s Terminal C. Seventeen cars were damaged. The fire sent flames and heavy black smoke spewing into the air. No injuries were reported.

The Port Authority of New York and New Jersey, which operates the airport, says other airport operations weren’t affected.

The Newark fire department is investigating the cause of the blaze.

Meanwhile, firefighters around New York state have been grappling with brutal cold during big blazes.

About a dozen fire departments were called to an apartment building in the Ontario County community of East Bloomfield early Thursday. The wind chill was below zero and high winds caused the fire to spread quickly.

In Brooklyn, fire raged through a commercial building at 4 a.m. About 200 firefighters took turns battling intense flames and getting warm on buses. Water froze when it hit the ground. Thick smoke filled the neighborhood.

The weather wreaked havoc in other ways.

On Wednesday afternoon, there was a 21-vehicle pileup on the New York State Thruway between Buffalo and Rochester.