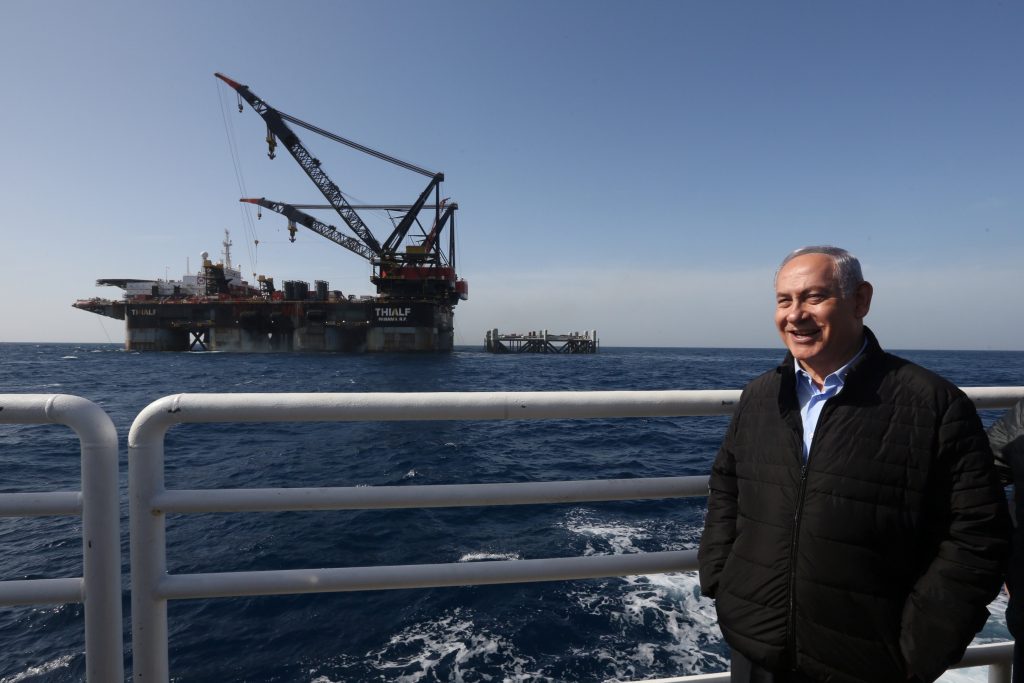 Netanyahu toured the newly placed foundation of the coastal rig of the Leviathan gas field on Thursday. Its arrival marks the first stage of an ambitious project Netanyahu says will wean Israel off coal and revolutionize its economy by turning it into an energy exporter.

The topside of the platform is expected to arrive in the coming months and natural gas from the field is supposed to pump into Israel and its neighboring countries by the end of the year. Israel already has export deals signed with Jordan and Egypt, and it aims to build a pipeline with Greece and Cyprus to carry the gas to Europe.