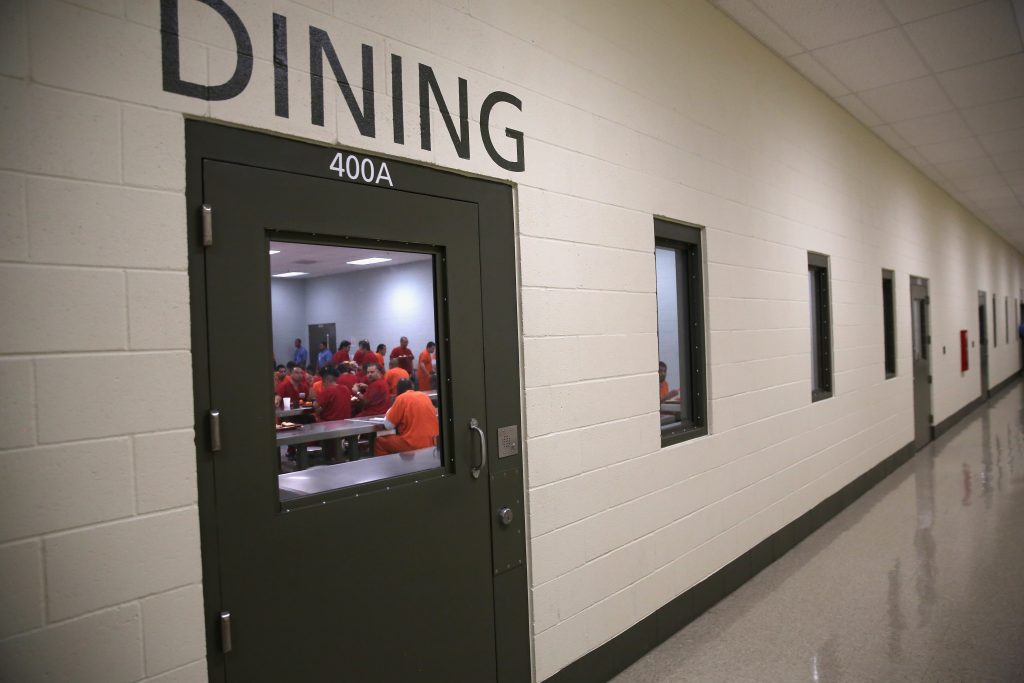 Immigrants around the country have staged hunger strikes over the past month to protest conditions inside detention facilities, prompting officials to force-feed six of them through plastic nasal tubes at a Texas location, The Associated Press has learned.

The El Paso Processing Center has become the location with the most protests, with some detainees refusing food for more than 30 days. Detainees, a relative and an attorney told the AP that nearly 30 detainees, mostly from India and Cuba, have been refusing food and drink there to protest what they say is rampant verbal abuse and threats of deportation from guards. They are also upset about lengthy lock ups while awaiting legal proceedings.

ICE, which has a more narrow definition of hunger strike, confirmed Thursday there are 11 detainees refusing food in El Paso, and an additional four in the agency’s Miami, Phoenix, San Diego and San Francisco areas of responsibility, according to agency spokeswoman Leticia Zamarripa.

The reason for the discrepancy between the numbers given by lawyers and advocates and those by ICE could be because of varying definitions of what a hunger strike entails, which the government says is refusing nine consecutive meals.

In mid-January, two weeks after they stopped eating, a federal judge authorized force-feeding of some El Paso detainees, Zamarripa said. She did not immediately address the detainees’ allegations of abuse but did say the El Paso Processing Center would follow the federal standards for care.

ICE officials say they closely monitor the food and water intake of detainees identified as being on a hunger strike to protect their health and safety.

The men with nasal tubes are having persistent nose bleeds, and are vomiting several times a day, said Amrit Singh, whose two nephews from the Indian state of Punjab have been on hunger strike for about a month.

“They are not well. Their bodies are really weak, they can’t talk and they have been hospitalized, back and forth,” said Singh, from California. “They want to know why they are still in the jail and want to get their rights and wake up the government immigration system.”

Singh’s nephews are both seeking asylum. Court records show they pleaded guilty to a misdemeanor charge in September after illegally walking across the border near El Paso.

There have been high-profile hunger strikes around the country at immigration detention centers in the past, and non-consensual feeding and hydration has been authorized by judges in court orders. Media reports and government statements don’t indicate immigration detainees actually underwent involuntary feeding in recent years, opting to end their hunger strikes when faced with nasal intubation. ICE did not immediately respond to queries about how often they are force-feeding detainees.

To force-feed someone, medical experts typically wind a tube tightly around their finger to make it bend easily, and put lubricant on the tip, before putting it into a patient’s nose. The patient has to swallow sips of water while the tube is pushed down their throat. It can be very painful.

The El Paso detention facility, located on a busy street near the airport, is highly guarded and surrounded by chain-link fence.

Ruby Kaur, a Michigan-based attorney representing one of the hunger strikers, said her client had been force-fed and put on an IV after more than three weeks without eating or drinking water.

“They go on hunger strike, and they are put into solitary confinement and then the ICE officers kind of psychologically torture them, telling the asylum seekers they will send them back to Punjab,” Kaur said.

Eiorjys Rodriguez Calderin, who on a call from the facility described himself as a Cuban dissident, said conditions in Cuba forced him and other detainees to seek safety in the U.S., and they risk persecution if they are deported.

“They are restraining people and forcing them to get tubes put in their noses,” said Rodriguez, adding that he had passed his “credible fear” interview and sought to be released on parole. “They put people in solitary, as punishment.”

Those “credible fear” interviews are conducted by immigration authorities as an initial screening for asylum requests.

After four weeks without eating, the body’s metabolic systems start to break down, and hunger strikers can risk permanent damage, including cognitive impairment, said Dr. Marc Stern, a correctional physician at the University of Washington in Seattle who has previously consulted with the Department of Homeland Security.

“You can become demented and lose coordination, and some of it is reversible, some of it isn’t,” Stern said. “The dangers are not just metabolic. If you are very weak, you could very simply get up to do something and fall and crack your skull.”

The American Medical Association has expressed its concerns about physicians participating in the force-feeding of hunger strikers on multiple occasions, and its own principles of medical ethics state “a patient who has decision-making capacity may accept or refuse any recommended medical intervention.”