Israel Houston, We Have a Liftoff Date: SpaceIL Lunar Craft to Launch Next Month
Israel 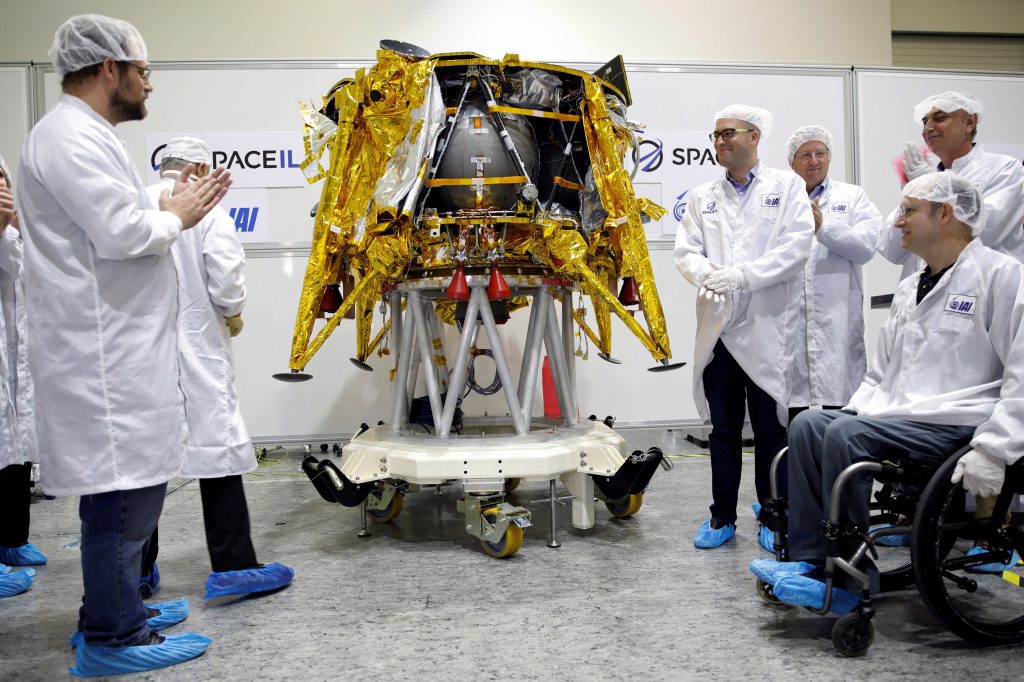 If there are no last-minute changes, Israel’s Bereishis unmanned lunar craft will take off from Cape Canaveral, Florida, Friday at 3:58 a.m. Israel time, the SpaceIL organization has announced. The Israeli-made spacecraft arrived in Florida on Wednesday, transported by plane from Israel earlier in the week. Scientists there turned it on, and all systems are go, SpaceIL said.

The spacecraft will be launched out of the atmosphere on a SpaceX rocket, but once in space, it may take some time for Bereishis to reach the moon. That’s because, in order to save fuel, the spacecraft will be launched into an orbit around earth that will eventually grow larger with each revolution, until it leaves the gravitational pull of earth and enters the gravitational field of the moon, eventually landing on the surface. Scientists told Yediot Acharonot that India will be launching its own moon-bound craft on March 25, more than a month after the Israeli launch – but there was a possibility India’s craft would get to the moon before Israel’s. It’s not clear what technology India is using to propel its craft.

Much of the money for the project was raised from billionaire businessman and philanthropist Morris Kahan, who has donated some $100 million to it, according to media reports. Kahan said that the project was “history-making. This is a marvelous adventure. When it happens, we will all remember where we were when Israel lands on the moon.”

If SpaceIL, the Israeli nonprofit that has been working on the project since 2011 – with the cooperation of a slew of Israeli corporations, including Bezeq, Israel Aerospace Industries, and many others – manages to pull the moonshot off and beats out India, it will make Israel just the fourth country to land on the moon (the U.S., Russia, and China have already been there). The Israeli moonshot will be unmanned, and will be furnished with equipment for various scientific experiments, as well as cameras, which will beam video back to earth from the moon’s surface.

The moonshot is the outgrowth of a contest that Google had sponsored, which was to award a $30 million prize to the first private group to land an unmanned small spaceship on the moon. SpaceIL was one of the last finalists in the contest, which ended last March 31st without a winner.

SpaceIL director Ido Anteby said that Israelis involved in the production and deployment of the craft “successfully completed examination of the craft and are prepared for its launch. We are waiting with bated breath for the launch and the challenging adventure that awaits us on the moon.”