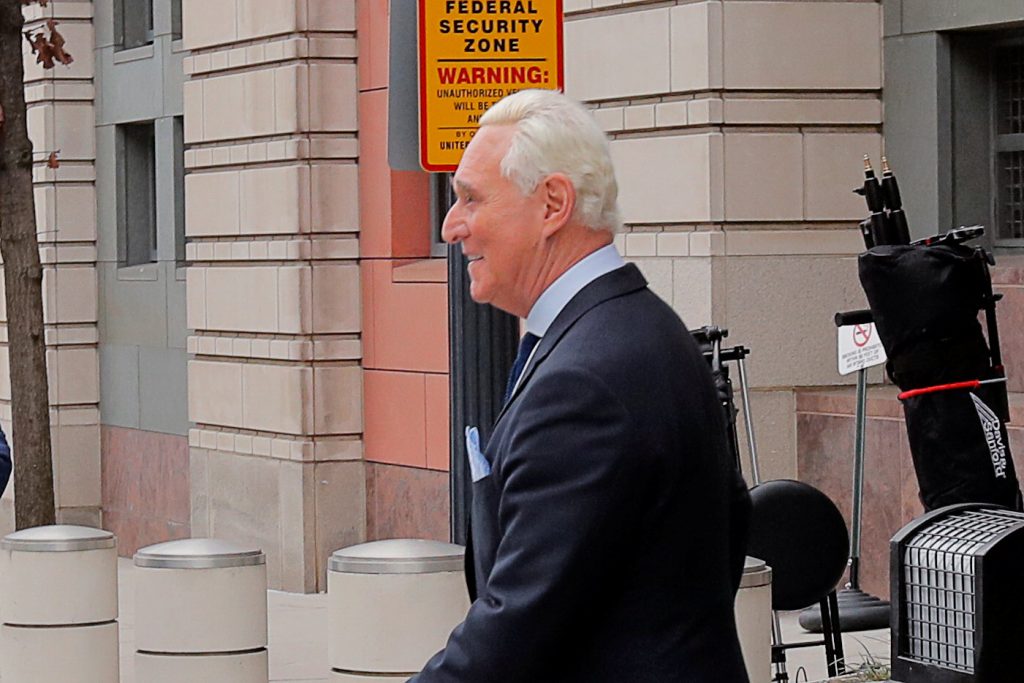 The FBI seized Roger Stone’s cellphones, computers and hard drives in raids on his house, apartment and office in Florida and Manhattan last week, prosecutors said.

Special Counsel Robert Mueller provided a glimpse of some of the items recovered in a brief court filing Thursday that explained to the judge why both sides will need time to prepare for trial. The government’s evidence includes “multiple hard drives containing several terabytes of information” with FBI case reports, search warrant applications and the contents of Apple iCloud accounts and email accounts, according to the filing.

The FBI also has bank and financial records and various electronic devices belonging to the confidant of President Donald Trump, they said.

The extent of the government’s evidence indicates that prosecutors have dug deeply into Stone’s activities and suggests they could make additional allegations against him. Right now, the U.S. case focuses largely on allegedly misleading statements he made to Congress. He’s scheduled to be in court on Friday.

Stone, 66, has pleaded not guilty. He was arrested by FBI agents in his Fort Lauderdale, Florida, home before dawn on Jan. 25. In addition to lying to Congress, he’s accused of obstructing Mueller’s investigation of Russian interference in the 2016 presidential election and trying to persuade a witness to lie.

Federal prosecutors claim that in the months before the election, Stone was tasked by Trump’s presidential campaign with contacting WikiLeaks, which was releasing damaging information about Trump’s opponent, Hillary Clinton, that had been stolen by Russians.

In Thursday’s filing, Mueller’s team disclosed that agents recovered several years of communications that were contained in iCloud and email accounts and in computer files. Information seized in the raid will be turned over to Stone’s legal team after the FBI reviews it to remove material covered by the attorney-client privilege.