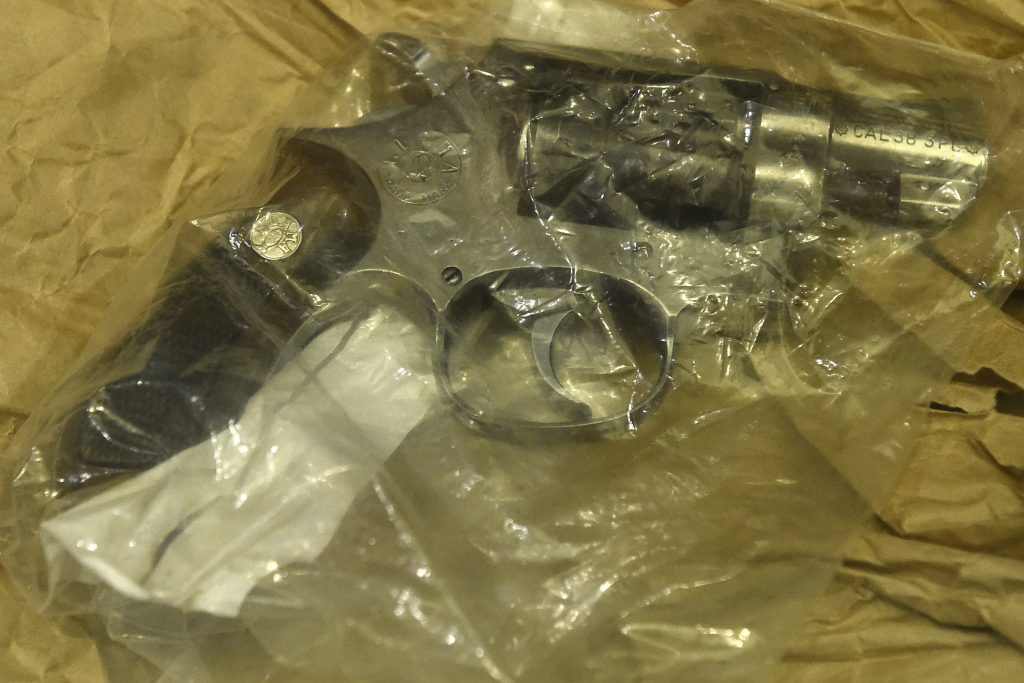 The suspect in a deadly shooting attack at the Brussels Jewish Museum insisted Thursday that he had nothing to do with an apparent attempt to intimidate a lawyer involved in his trial and is demanding that court officials be left alone.

In the longest remarks he has uttered during the trial, Mehdi Nemmouche, a suspected French jihadi who spent time in Syria and is charged with “terrorist murder” over the 2014 slaying that killed four people, said that the intimidation attempt is a “catastrophe” for his case.

Investigators are probing the theft Tuesday of a laptop computer containing Nemmouche’s case file from lawyer Vincent Lurquin, who is representing a woman at the museum when the attack happened. A baseball bat and a false assault rifle were left on the lawyer’s desk.

“I ask that that all the magistrates and all the jurors be left alone,” Nemmouche said, reading a statement to the court.

Nemmouche, who has often exercised his right to silence during the three weeks his trial has run, said, “I have absolutely nothing to do with this theft, which I strongly condemn.”

“I live in complete isolation, have been totally cut off from the outside world for years,” he said, besides an occasional visit from his grandmother. “I have no way to be in contact with anyone who might be in a position to make such threats.”

He also denied gunning down the four — an Israeli couple and two museum workers — with a revolver and an assault rifle in May 2014, or playing any role in the Paris terror attacks in November 2015 or the suicide bombings on the Brussels airport and subway system the following year.

The children of the Israeli couple were due to testify later Thursday.

The 33-year-old Frenchman’s alleged accomplice, Nacer Bendrer, aged 30, is also appearing in court, accused of supplying the weapons used in the killing.

The trial is scheduled to run until March 1.