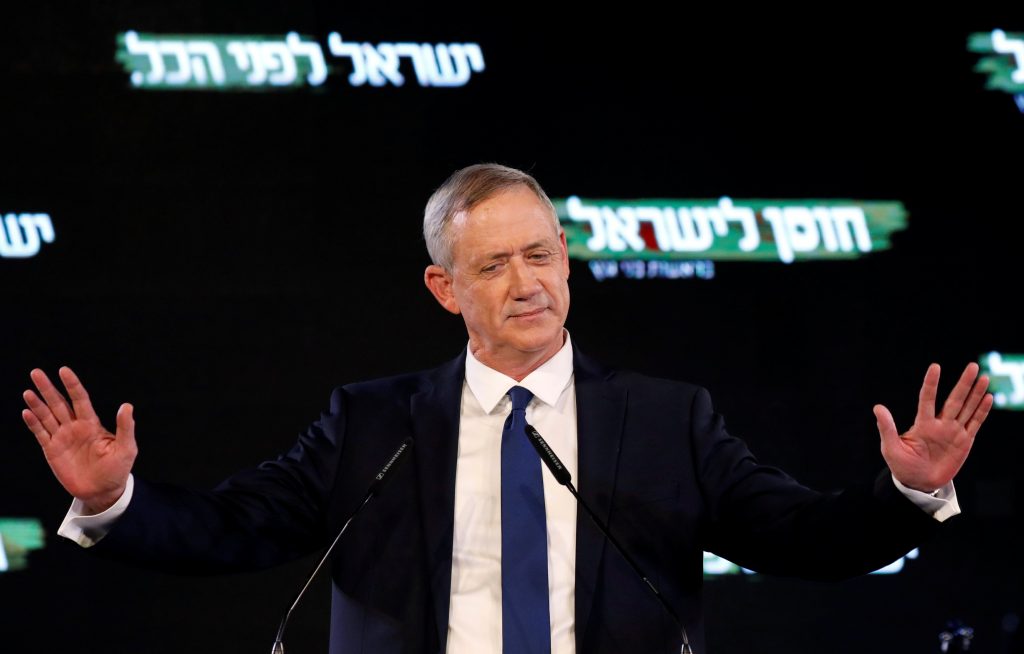 The first poll taken after Benny Gantz introduced himself politically to Israelis Tuesday night shows that the comments made by the head of the Israel Resilience Party resonated with voters. A poll by Walla News shows that if elections were held today, Gantz would get 19 seats – seven more than the last poll, taken Friday.

Gantz seems to have taken some support from both the Likud and Yesh Atid. In the new poll, the Likud gets 29 seats, compared to 33 last week, while Yesh Atid falls to 12 from 15. Also falling are the New Right, which gets only 7 seats (instead of 8 in the previous poll) and Labor, also down to 7 (previously 9). United Torah Judaism would get 7 seats, as would the United Arab List. The Ta’al Arab list would get 5, as would Kulanu, Yisrael Beytenu, and Meretz. Getting 4 seats would be Jewish Home, Gesher, and Shas. Tzipi Livni’s Hatnu’a would not make the electoral threshold.

Together, Gantz and Yesh Atid head Yair Lapid would have 31 seats – four more than the Likud. But despite that, Netanyahu would still be able to put together a coalition of 61, if all the parties that were part of Binyamin Netanyahu’s government, with the addition of the New Right, agree to join. However, political observers quoted by Walla News said that most parties and politicians get high numbers when they first announce their candidacy – with the numbers often falling afterwards.

According to the poll, 27 percent of the representative sample of 1,099 Israelis polled said that Gantz’s speech had changed their opinion of him for the better, while 12 percent said the opposite. With that, the vast majority said it had no effect on them. Among those who expressed support for Gantz, 41 percent considered themselves centrists, 27 percent right-wing, and 32 percent left-wing.