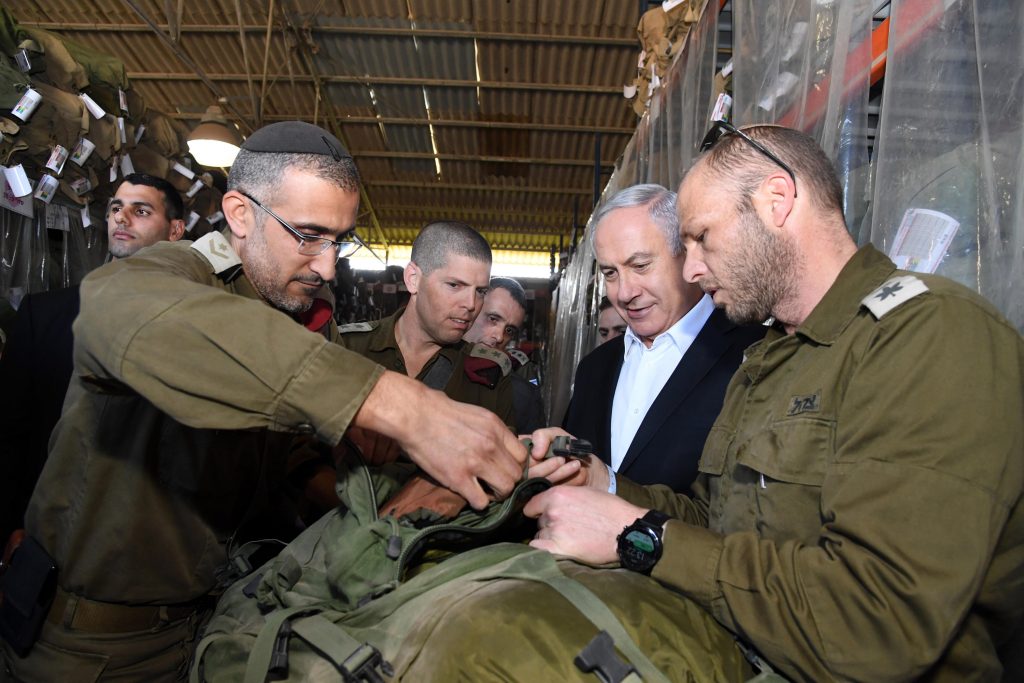 Prime Minister and Defense Minister Binyamin Netanyahu made a surprise visit to the IDF Syrkin Base on Wednesday, part of his ongoing response to charges that the military is not ready for any emergency.

At the end of the tour, Netanyahu held a discussion at which he was presented with the findings and conclusion of the inspection, which the defense establishment comptroller had begun in the early morning. The Prime Minister will continue to hold inspections of the various IDF bases in the coming weeks as he studies the claims of the Brick report, which has spurred controversy following its allegations of an army that is not ready for war, despite protestations to the contrary.&

Netanyahu said during the tour:

“We are here on a surprise inspection at the Syrkin Base to evaluate the readiness for the transition from routine to an emergency. What I wanted to gain an impression of was, first of all, the logistical, physical and mechanical readiness, and I am very impressed. I will receive greater details, but from what I have managed to see, the command and equipment are ready, and stocks are full; this is the first thing that we are checking.&

Beyond this there is also an orderly plan of how to take soldiers who have just arrived here and bring them to the front as quickly as possible with minimal mishaps. While there certainly are things here that need improving, the Chief-of-Staff and I just now discussed one of them, regarding the famous trucks, but overall I think that the readiness here is very good.”