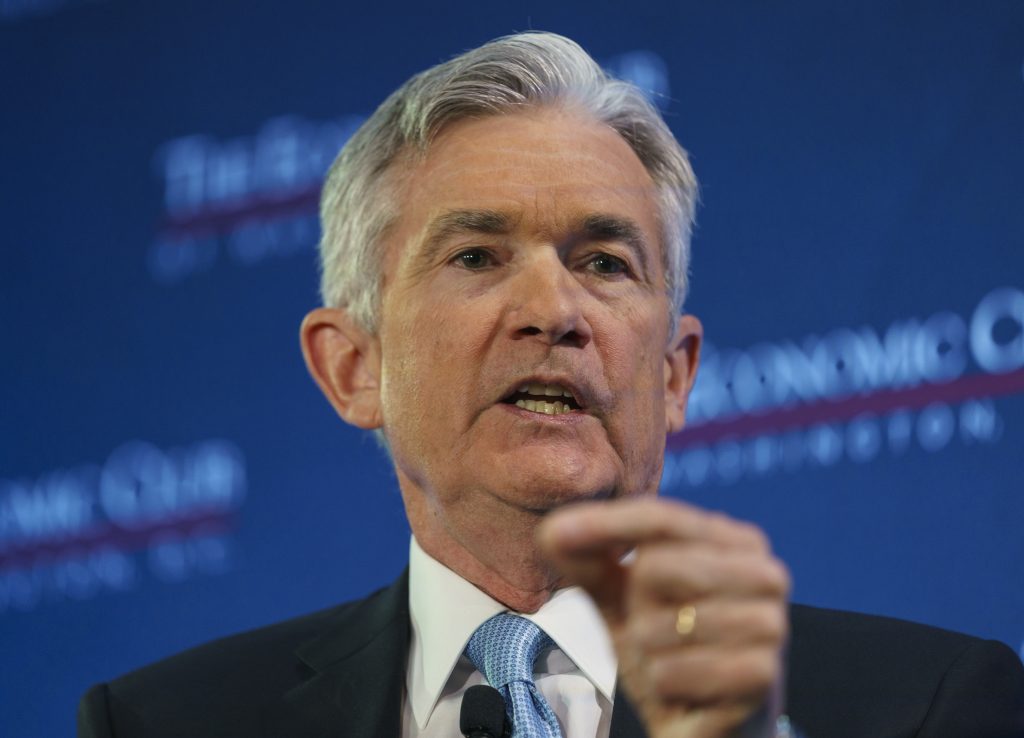 With the Federal Reserve considered sure to leave interest rates unchanged Wednesday, investors will be hoping to hear Chairman Jerome Powell sound a reassuring theme that a pause in the Fed’s rate hikes could last a while.

Powell has been invoking the word “patient” to describe the Fed’s latest approach to rates increases. It’s a word he adopted this month after the Fed’s string of four rate hikes last year had helped send the stock market into a tailspin over fear that the central bank might be tightening credit too aggressively.

Investors appeared worried that the Fed’s policymakers weren’t taking full account of the perils that the U.S. economic expansion — already the second-longest on record — might be facing. Those dangers include a global slowdown, a trade war with China, slowing corporate earnings and a stock market that has stabilized this month but had been plunging over the previous three months.

The Fed will issue a policy statement outlining its views on the state of the economy and likely announcing that it will leave its benchmark rate unchanged. Chairman Jerome Powell will then give a news conference, beginning a policy of speaking with reporters after each of the Fed’s eight meetings every year, rather than only four times a year.

Fed watchers are all but unanimous in their belief that the Fed will keep its key short-term rate in a range of 2.25 percent to 2.5 percent and signal that it’s in no hurry to resume raising rates. With inflation remaining tame, the rationale to tighten credit has become less compelling.

It’s possible, too, that the Fed and Powell may signal that they’re at least considering taking another step soon to avoid exerting upward pressure on loan rates. The central bank may decide to either slow the pace at which it’s shrinking the huge portfolio of Treasury and mortgage bonds or at least more clearly explain how far it intends to go in reducing its holdings.

To combat the deep recession caused by the 2008 financial crisis, the Fed launched a massive bond-buying program that increased its balance sheet by more than four-fold, from less than $1 trillion to $4.5 trillion. The extra bonds were purchases to put downward pressure on long-term interest rates such as home mortgages and business borrowing.

The Fed has been gradually reducing its bond portfolio, a move that has likely contributed to higher borrowing rates. But at some point, to avoid weakening the economy, it could slow that process or end it sooner than now envisioned. Doing so would help keep a lid on loan rates and help support the economy.

The note of patience about rate hikes that the Fed has been signaling marks a reversal from a theme Powell had sounded at a news conference after the Fed’s previous policy meeting in December. In that appearance, he left open the possibility that the Fed would continue to tighten credit this year. The chairman’s message upset investors, who had expected a more reassuring theme, and sent stock prices tumbling.

Since then, Powell and others on the Fed’s policymaking committee have been clear in suggesting that they’re in no rush to raise rates again after having done so nine times over the past three years. Besides invoking the word “patient” to describe the Fed’s outlook toward future hikes, Powell has stressed there’s no “preset course” for rate increases.

“With the muted inflation readings we have seen coming in, we will be patient as we watch to see how the economy evolves,” Powell said this month in Atlanta.

His comments have since been echoed by several other Fed officials. Their assurances have helped allay fears that higher borrowing costs might depress corporate earnings and economic growth. They have also helped spur a stock market rally. With the turnaround, stocks are on pace for their best month since March 2016.

But not all recent developments have been positive. The Fed is having to confront a record long partial government shutdown that ended last week but still shook confidence and has halted for a time the flow of certain key government reports on the economy such as readings on overall economic growth, retail sales and orders to U.S. factories.

The reopening of the government will restore the distribution of all economic reports. But it could be weeks before the staffers fully catch up in compiling, analyzing and distributing all key data.

In addition to the economic impact of the partial government shutdown, Powell is likely to face questions at his news conference about the global slowdown, the U.S.-China trade conflict and Britain’s struggles to achieve a smooth exit from the European Union. All those threats could potentially jeopardize the Fed policymakers’ outlook for this year.

Last month’s Fed rate hike was the ninth quarter-point move in the past three years since the central bank began gradually raising rates from record lows in December 2014.

The central bank’s new cautionary tone has significantly diminished expectations of further rate increases. The CME Group’s tracking of investor bets puts the likelihood that the Fed will raise rates this year — even once — at just 28 percent.