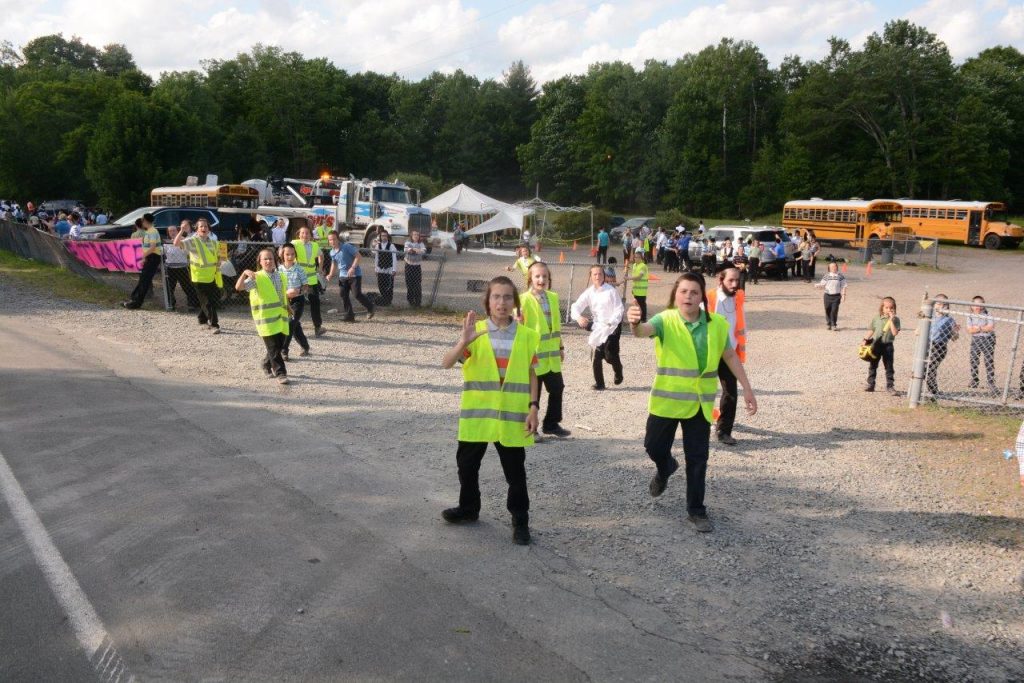 An upstate town with nearly 100 Jewish summer camps and developments is proposing to temporarily ban all building, renovations or construction, a moratorium seen by the camps as a potential civil rights violation.

The Town of Thomson — home to villages and hamlets including Monticello, Ferndale, Harris and Kiamesha Lake — has scheduled a public hearing for next Tuesday evening, when the public will have a chance to weigh in on the proposed building freeze.

The moratorium comes amid a regional rancor by local residents toward the annual summer tourists. The Town of Thompson, for example, has a total population estimate of about 15,000, according to the U.S. Census Bureau. Residents have complained that the local government is not up to providing services for the tens of thousands of additional residents each summer.

The public hearing, which takes place at the Town Hall, 4052 Rt. 42 in Monticello, was approved by the town board last Tuesday night. The hearing begins at 7 p.m. Tuesday evening.

While other towns in the area have declared multiple moratoriums in recent years, this would be Thompson’s first, Town Supervisor Bill Rieber told Hamodia on Tuesday.

“Essentially, there’s been a number of increases in size and new constructions in camps in Sullivan County and in the Town of Thompson,” Rieber said. “At Sullivan County’s planning department’s request — they’ve asked us to update our code with regard to definition and regulation of the camps.”

Representatives of the Jewish developments, however, say that the code updates would be a serious threat to their growth. They are even more anxious that the moratorium will not be approved — and the town will unilaterally move ahead with its code update banning multi-use camps. This would mean that camps would not be able to build bungalows for staff members in order to keep camps and bungalow colonies as separate entities.

“This would be worse,” one camp administrator told Hamodia, asking for anonymity since he deals regularly with town agencies. “That means that they plan to ram through a local law without the moratorium.”

There are 72 bungalow colonies in the town, as well as 15 camps, including several large ones such as Camp Shalva of Bobov, Satmar, Krasne, Ger and Munkatch.

The camps say that the board aims to stop construction of a new camp, belonging to the Neipester Yeshivah, which is located near the home of a town board member. They noted that the only project currently before the planning board for consideration is that camp.

Rieber agreed that the building freeze may not even be approved, allowing them to go ahead with their code change.

“We may, in fact, not even hold a moratorium,” he said. “We’re just going to hold a public hearing for it, and it’s quite possible the moratorium will not even be enacted.”

In a statement sent to Hamodia after the interview, Rieber said the proposed moratorium is required to give the town time to “update” its building codes.

“The Town of Thompson has been advised … by the Sullivan County Planning Department that its definitions and regulations specifically relating to mixed use development for camps, dormitories, schools or bungalow colonies needs clarification,” he said in the statement. “The moratorium will give the Town time to establish clear standards and guidelines and address potential community impacts for such developments. The moratorium is limited in scope and we expect a very expeditious review. The proposed legislation provides for an appeal process which gives the Board leeway, provided there is a rational basis for mitigation.”

Camp groups say they are trying to get the New York state attorney general’s office involved.