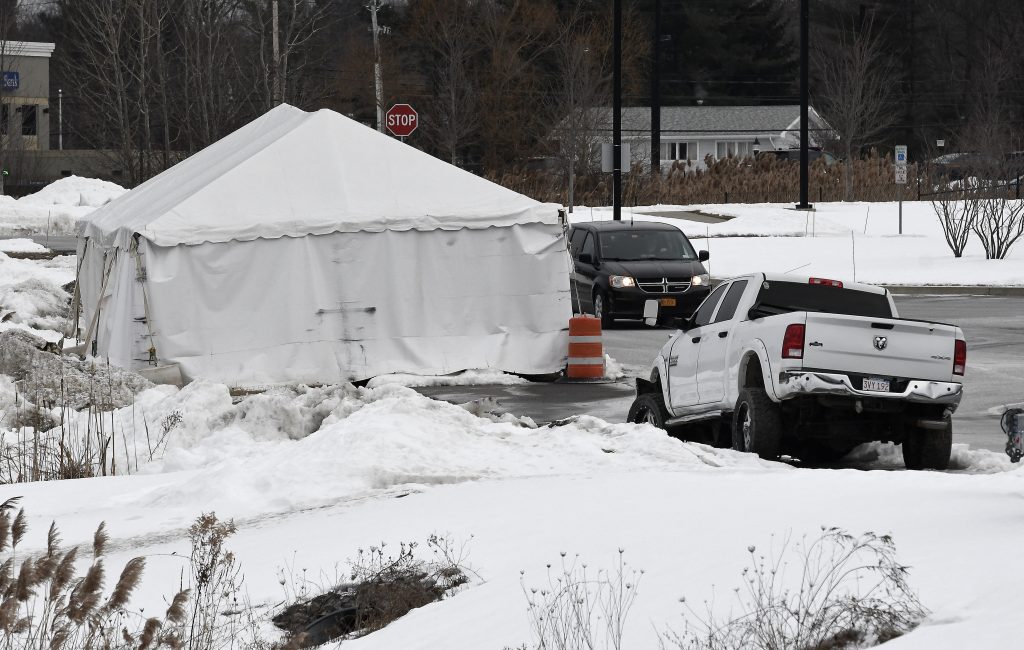 Federal investigators will finally be able to examine the stretch limousine in an October crash that killed 20 people, ending an increasingly testy impasse with local prosecutors over who has priority to probe the nation’s deadliest transportation disaster in nearly a decade.

Under the deal reached Tuesday in Schoharie County court, prosecutors bringing charges against the limo company’s operator will be able to remove auto parts potentially crucial to the criminal investigation before National Transportation Safety Board inspectors begin a hands-on inspection within the next two weeks.

The modified 2001 Ford Excursion blew through a stop sign at a T-intersection on Oct. 6 in rural Schoharie and crashed beside a country store, killing the driver, 17 passengers on a birthday outing and two pedestrians. The damaged vehicle has sat for months beneath a tent behind state police headquarters outside Albany.

“All I’m interested in is making sure everyone is able to do what they’re charged with doing,” Schoharie County Judge George Bartlett said during the hearing.

NTSB lawyers had argued that federal inspectors were prevented from getting within 15 feet of the crashed limo, and that their inability to make a detailed inspection unnecessarily delayed potentially crucial safety recommendations that could be applied to limos nationwide.

Under the deal, the NTSB can visually inspect the limousine as early as Tuesday and take photographs. After that, police experts will be clear to remove the limo’s transmission and torque converter as part of the criminal investigation. The NTSB can then proceed with a hands-on inspection, which is expected to begin within the next two weeks.

NTSB investigators will be able to perform their entire post-accident protocol “except take brake fluid, because there is an insufficient amount available,” according to the agreement read in court after lawyers for the prosecution, state police, the defense and NTSB met privately.

Instead, state police will send a report on the brake fluid testing to the NTSB investigators, “who have agreed not to make it public until completion of the criminal case,” according to the agreement.

NTSB spokesman Eric Weiss did not have an estimate on when the board would release those findings, stressing that the agreement applies only to brake fluid testing.

Agency inspectors will be able to examine components removed from the limo, along with defense experts, “later in the criminal process,” the agreement said.

Mallery had accused the NTSB of spreading “legal and factual inaccuracies” through an “extensive press campaign” and of putting politics ahead of “justice for the victims and grieving families.”

NTSB lawyer Kathleen Silbaugh argued that the nearly four-month delay could cause critical evidence, such as brake fluid, to be lost or degraded.

Bartlett called for Tuesday’s hearing earlier this month, writing that “this standoff must come to an end.”

Just weeks before the crash, the limo had failed a state inspection that examined such things as the chassis, suspension and brakes. Prosecutors allege the limo company’s operator, Nauman Hussain, allowed an improperly licensed driver to operate an “unserviceable” vehicle. He has pleaded not guilty to criminally negligent homicide, and his lawyer has said investigators rushed to judgment.

“The big problem was that defense experts and state police have all had access to the vehicle, we’ve been able to touch it, take photographs of it,” defense lawyer Lee Kindlon told reporters after the hearing. “But the NTSB until today’s agreement hasn’t been able to take part in that investigation. Now we’ve got a framework and timeline in terms of who gets to see it, and when.”