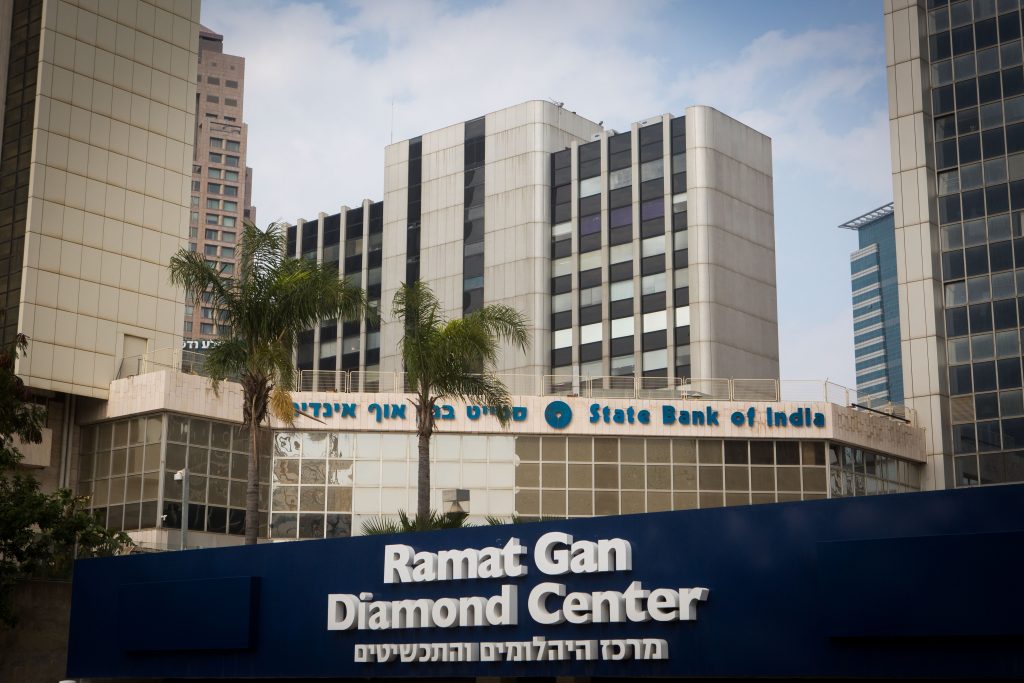 Police are investigating theft of hundreds of thousands of dollars worth of diamonds, plus a large amount of cash, from the Ramat Gan Diamond Exchange. The diamonds were in a briefcase that was apparently left unattended for a few minutes at an event in the Exchange, inside a room that ostensibly had tight security.

The theft was reported immediately after the owner of the diamonds discovered they were missing, and police arrived after just a few minutes – but by that time it was too late, as the thief had absconded. The thief left behind no evidence, but police do believe they have a suspect: Security cameras show a young man in a suit walking out of the Diamond Exchange building just minutes after the theft was discovered, and carrying a brief case that matched the description of the missing one. Police have not yet succeeded in identifying him, officials told Yediot Acharonot, and they could not also confirm that the suitcase he was carrying is indeed the missing one.

Meanwhile, diamond brokers and traders at the Exchange were in a panic, the newspaper said. “No one knows who the person in the security camera footage is or where he came from,” a worker at the Exchange told the newspaper. “This is a huge embarrassment for the Exchange. The thief swiped the briefcase from under the nose of one of the traders, apparently he received information in advance about where the briefcase would be and what was in it. I believe the thief has already fled the country. How could a thief just walk in, steal, and walk out without being stopped by security?” the employee said. “Is that why we have such top security here?”

In a statement, police said that they were investigating the reported theft, and that it had collected evidence from the scene. “The investigation is ongoing,” police said.