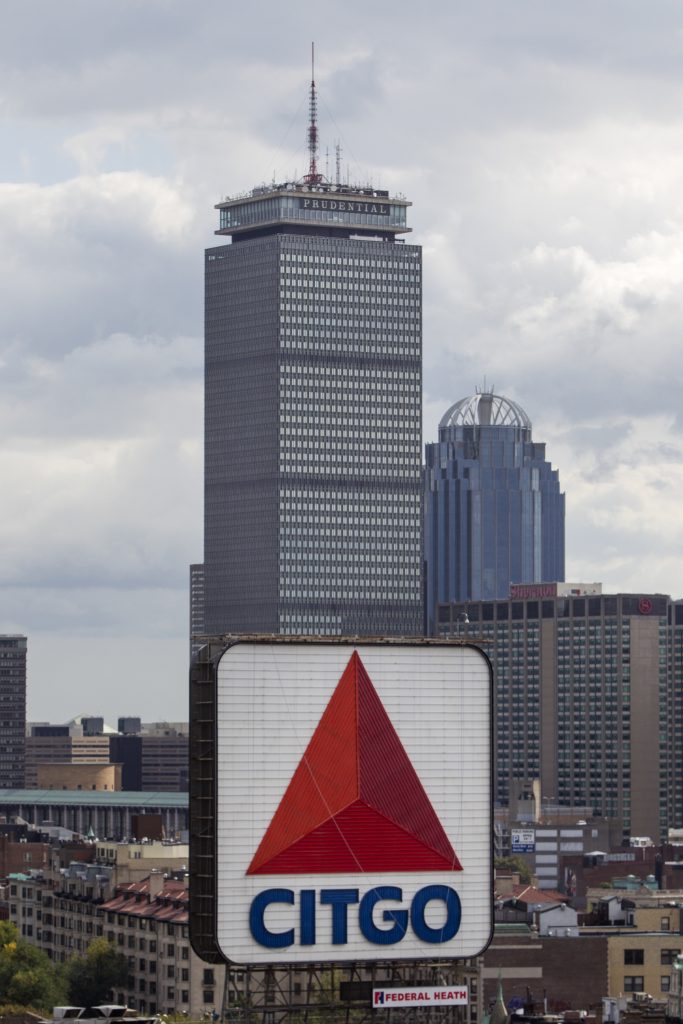 For years, the embattled Venezuelan government has had a surprising economic lifeline: a company called Citgo that owns three oil refineries and a nationwide network of pipeline and oil and gas stations in the United States.

Citgo has long been a subsidiary of PDVSA, the Venezuelan state oil company. It would import heavy crude oil from Venezuela, then refine it and distribute it throughout the United States. Through this, cash would be provided for Venezuela’s political elite.

Despite the long-standing political dispute between Washington and Caracas, this economic relationship has been largely untouched. Amid recent political chaos in Venezuela, however, that has changed: The Trump administration announced Monday that it would block all U.S. revenue to PDVSA in a bid to force Venezuelan President Nicolas Maduro from office.

“With this measure, they want to rob our company Citgo,” Maduro said in a televised response. “We will take legal, commercial and logistical measures in the coming hours.”

Citgo was founded by American businessman Henry L. Doherty as the Cities Service Co. in 1910. Doherty had already made a significant impact in the natural gas industry and wanted a holding company for the utility companies he was acquiring. After finding large quantities of oil near El Dorado in Kansas in 1915, the company slowly began to focus on the energy industry.

In 1965, in a bid to market themselves directly to consumers, Cities Service decided to change its name to Citgo, which is now familiar to American consumers – the company’s logo is even an iconic part of the skyline in Boston’s Kenmore Square. By the 1980s, Citgo was one of the largest oil companies in the United States, but it faced tough competition.

The company was bought by Occidental Petroleum in 1982 and would go on to change hands a number of times in the following years. In 1986, roughly 50 percent of the company was bought by PDVSA, which then purchased the other 50 percent in 1990. The deal allowed the Venezuelan state oil company a route into the U.S. market, while Citgo’s refineries would now have access to the largest proven oil reserves in the world.

The Time of Chavez

A period of economic liberalization in Venezuela ended in 1999 when Hugo Chávez, a former paratrooper who had been jailed for his role in two prior coup attempts, won a presidential election with a left-wing message of anti-imperialism.

For Citgo, whose business had boomed during the 1990s, relations with Venezuela became a lot more complicated. Oil revenue from PDVSA made up as much as half of the country’s budget; Chávez now used this oil revenue to fund ambitious social-welfare programs, setting Venezuelan oil prices so low that domestic consumption skyrocketed.

After years of conflict with the president’s office, PDVSA led a general strike that was designed to remove Chávez from power. In return, Chávez fired thousands from the company and installed loyalists in their place.

Chávez’s domestic policies and combative image on the world stage made things awkward for Citgo. In 2006, around the time that the Venezuelan president called then-President George W. Bush “the devil” in a speech at the United Nations, the company faced calls for a boycott in the United States. In response, Citgo ran advertisements in major newspapers that highlighted its 4,000 U.S. employees.

But while political relations between Washington and Caracas were on the brink, the economic relationship between the two nations went largely unhindered. The United States avoided sanctioning Venezuela’s oil industry, and Citgo was able to operate as an independent entity.

How Sanctions Could Hit

Ever since Maduro succeeded Chavez as Venezuela’s president in 2013, the country’s oil industry has fallen off a cliff. Hurt by years of mismanagement and low oil prices, the value of its petroleum exports has fallen to its lowest in more than a decade. “PDVSA is in ruins,” said Luis Centeno, a rig operator and union leader at the company’s site in Punta de Mata, to The Post last year.

While Venezuela exports crude oil to Russia and China, almost all of these exports are used to service preexisting debts. Its exports to U.S. companies such as Citgo are what provide the government with the cash it needs to operate.

The sanctions announced by the Trump administration Monday would freeze $7 billion in U.S.-based assets and block more than $11 billion in revenue from oil sales over the next year, White House national security adviser John Bolton told reporters. Almost all of those assets belong to Citgo. The Houston-based company would still be allowed to operate under the new measures and receive Venezuelan crude, but funds that would previously have gone to PDVSA would go into a blocked account, according to Treasury Secretary Steven Mnuchin.

Last week, the United States recognized opposition leader Juan Guaido, leader of the National Assembly, as the interim president of Venezuela and said that Maduro is an illegitimate leader. Such a move could allow the U.S. government to redirect funds and assets to the opposition leader, though it is unclear how this would work in practice or whether the move could survive a legal challenge.

The hope for many is that by preserving Citgo as a Venezuelan asset, the company could eventually play a key role in a post-Maduro “petroeconomic recovery” for the country, said Scott Modell, managing director of Rapidan Energy.