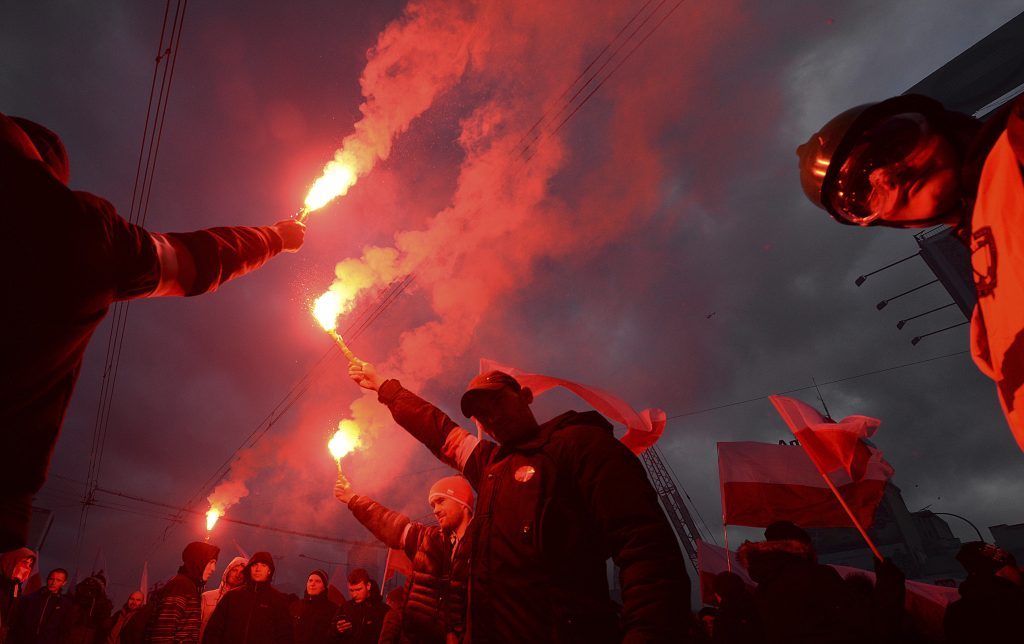 Anti-Semitism is on the rise worldwide. That’s the conclusion of the 2018 Global Anti-Semitism report presented by Israel’s Diaspora Affairs Minister Naftali Bennett to the Cabinet on Sunday.

“The year 2018 saw record highs of anti-Semitism in the streets, online, and in the political arena, around the world,” said Bennet, who also serves as education minister. “It is a year that saw the highest number of Jews murdered in anti-Semitic attacks since the 1990s.”

The report, released Sunday to coincide with International Holocaust Memorial Day, notes that 13 Jews were killed in fatal anti-Semitic attacks, including 11 in Pittsburgh. This is the highest number since 1994, when 85 Jews were killed in the terror bombing of the Argentinian Jewish community building in Buenos Aires.

Anti-Semitism takes two forms: It targets Jews directly, and it attacks them via Israel, calling it an apartheid state, lobbying for boycotts and harnessing the United Nations as a diplomatic battering ram against it.

Whatever form it takes, anti-Semitism is making Jews around the world feel less secure. A survey conducted by the European Union shows that 85 percent of European Jews believe that anti-Semitism is a problem in their country, 89 percent believe anti-Semitism has increased in their country over the last five years, and 38 percent have considered or are considering emigrating as a result. The survey also showed that 80 percent of incidents were not reported to authorities.

Jews are being made to feel unwelcome in countries like Belgium, that bans shechitah, and the United Kingdom, where the leader of the Labor Party, who stands a good chance of becoming prime minister, is widely regarded as an “existential threat” to Jews.

In France, there was a 69 percent rise in anti-Semitic incidents, with much of that attributed to Muslim migrants. German Chancellor Angela Merkel, in a weekend address, made a very important observation that applies to much of Europe.

“Today we are seeing a very different kind of anti-Semitism: there’s the hatred of Jews by our local people, but also by Muslim migrants,” she said. “People who are growing up today must know what people were capable of in the past. And we must work actively to make sure that it is never repeated.”

In this regard, it was indeed fitting for Israel to release its report on global anti-Semitism on the day chosen by the international community to remember the Holocaust. Because the two are connected. Where there is amnesia regarding the murder of six million Jews, Hy”d, there is fertile ground for attacks on the survivors or their descendants.

A poll released this week in the U.K. shows that 1 in 20 British adults does not believe the Holocaust happened and 12 percent think the scale of the genocide has been exaggerated. Nearly half of those questioned said they didn’t know how many Jews were murdered by the Nazis, the Guardian reported.

Such widespread ignorance in a liberal, educated society is shocking. However, Mrs. Olivia Marks-Woldman, of the Holocaust Memorial Day Trust, which commissioned the U.K. poll, says it isn’t part of an agenda.

“I must stress that I don’t think [the poll respondents] are active Holocaust deniers — people who deliberately propagate and disseminate vile distortions,” she told the Guardian in a statement. “But their ignorance means they are susceptible to myths and distortions.”

One conclusion to be drawn from the polls is the need to get back to basics and insist on Holocaust education for all. It is unconscionable that already in our times, with more than 200,000 survivors living in Israel, and with millions of recorded testimonies of survivors available online to anyone, so many live in ignorance.

A second conclusion is that attacks on Israel are not an innocent expression of political support for Palestinian Arabs, but a form of anti-Semitism that is more acceptable among polite circles. Only an anti-Semite can side with an Arab/Muslim world that is sworn to Israel’s destruction, that spends billions to spread terrorist mayhem in Israel and around the world, and never tires of condemning the sole democracy in the Middle East.

Robert Bowers, the avowed neo-Nazi who perpetrated the Pittsburgh massacre, was undoubtedly influenced by the anti-Semitic rhetoric that is acceptable not only in the neo-Nazi movement, but in broader political circles.

More white nationalists ran in the U.S. mid-term elections, at the state and federal level, than in any other election in modern history, according to the Southern Poverty Law Center.

It is unacceptable that Holocaust deniers like California’s John Fitzgerald, who claimed that Jews are “taking over the world” and “must be stopped,” be allowed to run for office.

It isn’t enough for governments around the world to merely mark the Holocaust. They must take action, educating the young and legislating against anti-Semitic incitement, in an attempt to ensure that it is never repeated.