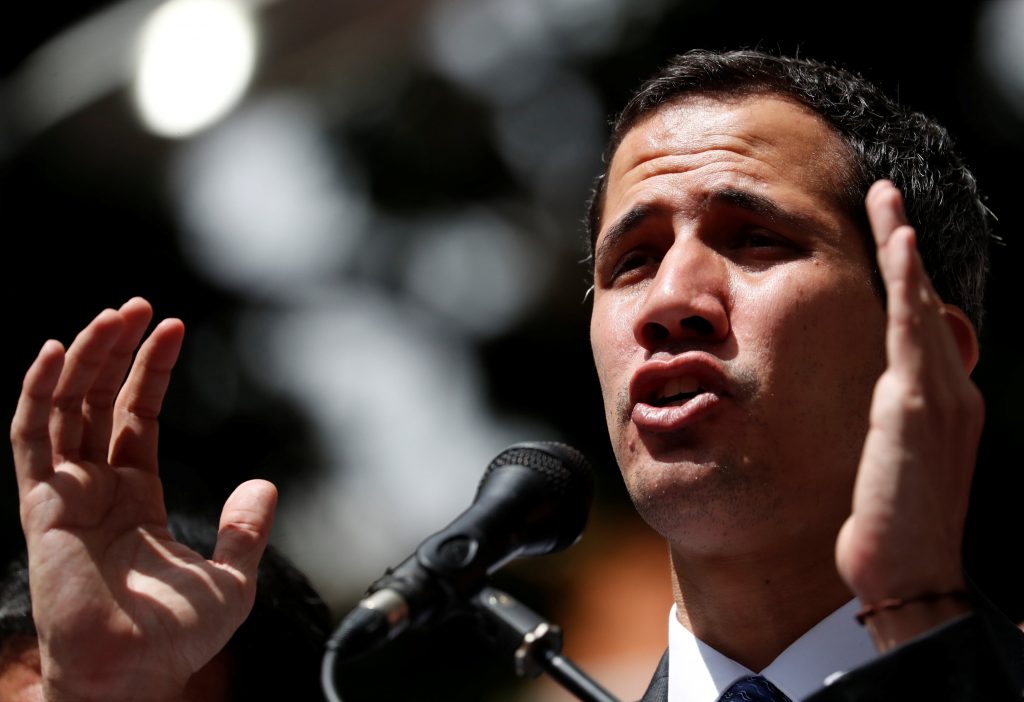 Venezuelan opposition leader Juan Guaidó welcomed Israel’s recognition of his presidency of the country, comparing his country’s struggle to that of Jews liberated from Auschwitz after the Holocaust.

“74 years ago the Auschwitz concentration camp was liberated and today, just as our country is also fighting for its freedom, we thank the recognition and support of the Prime Minister of Israel Benjamin Netanyahu,” Guaidó stated on Twitter on Sunday, the day on which International Holocaust Remembrance Day was marked worldwide.

Netanyahu stated earlier in the day that “Israel joins the United States, Canada, most of the countries of Latin America and countries in Europe in recognizing the new leadership in Venezuela.”

The contested May election in the Latin American country has led to a power struggle, the latest development of which was Guaidó announcing himself as the country’s president on Wednesday.

After President Donald Trump recognized Guaidó’s leadership last week, Syria “condemned in strongest terms going to extremes by the U.S. and its blatant interference in the affairs of the Bolivarian Republic of Venezuela, affirming full solidarity with the Venezuelan leadership and people in preserving the sovereignty of the country and foiling the hostile schemes of the U.S. administration.”

PA Ambassador to Venezuela Linda Suboh stated Thursday that “Palestine stands on the side of the legitimate government and President Nicolas Maduro in light of the chaos and riots that engulf the country.”

Ahmad Majdalani, a member of Executive Committee of the Palestine Liberation Organization, described the U.S.’s recognition of Guaidó’s presidency as “an extension of the Trump administration’s policy that stands against the will of the people.”

He expressed solidarity with Maduro while wishing Venezuela “progress and success in facing the American pressure,” as the Palestinians “have suffered more than anyone else from Trump [sic] policy that has proven to the world that it does not care for human rights or democracy, rather works as policemen of the world that wants to impose its own agenda and steal people’s resources and freedom.”