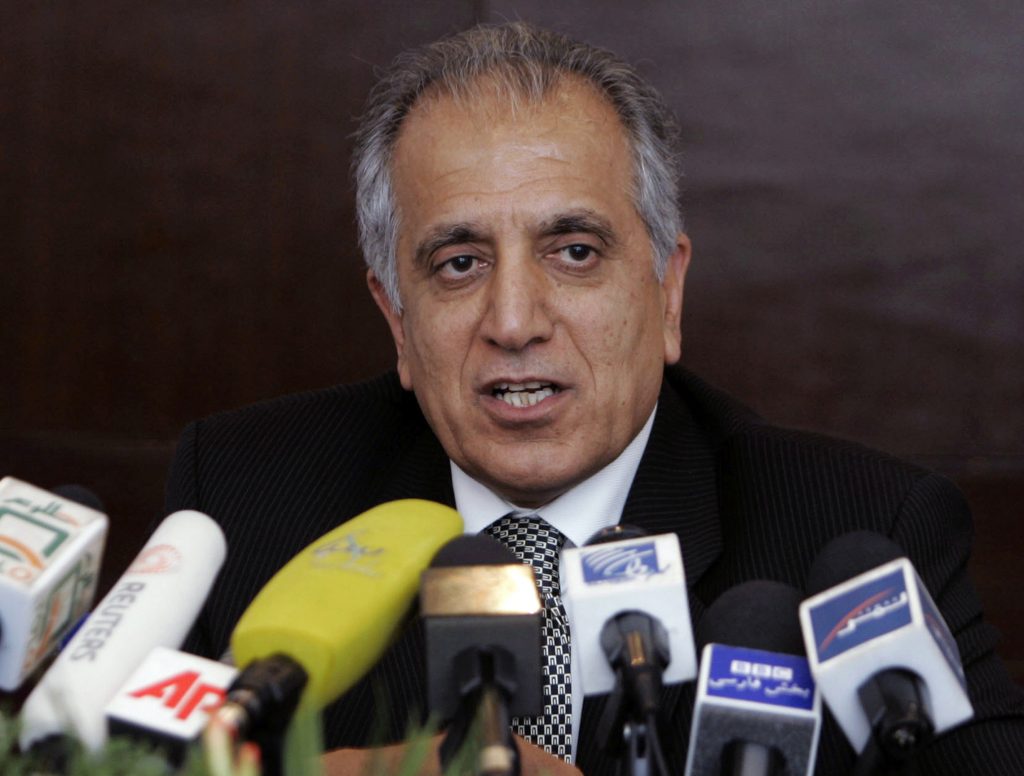 The U.S. peace envoy to Afghanistan has shared details of his latest round of talks with the Taliban in Qatar with the Afghan president and other government officials in Kabul, a statement from the president’s office said Monday.

The statement quoted Zalmay Khalilzad as saying that he had discussed a ceasefire deal with the Taliban but that there was no progress so far on the issue. Khalilzad did not confirm the statement and there was no immediate comment from the U.S. Embassy.

The Taliban have been staging near-daily attacks targeting Afghan forces, causing scores of casualties every week. Their offensive has not let up despite the severe Afghan winter and the Taliban now hold sway over nearly half of the country.

That has made peace an even more pressing issue. Khalilzad met with the Taliban on a number of occasions in recent months — most recently last week in Qatar where the Taliban have a political office — in the latest bid to end America’s longest war. The U.S. invaded Afghanistan after the Sept. 11, 2001 attacks to topple the Taliban, who were harboring Osama bin Laden and al-Qaida.

Monday’s statement from Afghan President Ashraf Ghani’s office also claimed that the Taliban demanded from Khalilzad the withdrawal of all foreign troops from Afghanistan, but that there was also no agreement on that issue.

The statement appeared directed at toning down last week’s remarks by Khalilzad that reported “significant progress” in talks with the Taliban.

During the meeting with Ghani on Sunday evening, Khalilzad rejected media reports claiming he and the Taliban discussed the formation of an interim administration in Afghanistan, according to the statement. It added that Khalilzad has no authority to discuss such issues but that his goal is to facilitate an intra-Afghan dialogue — meaning direct talks between the Taliban and Kabul.

The statements also said Ghani thanked Khalilzad for his efforts and praised U.S. endeavors to restart negotiations between the Afghan government and the Taliban.

On Saturday, after six days of meetings with the Taliban in Qatar, Khalilzad on his official Twitter account said: “Meetings here were more productive than they have been in the past.”

“We made significant progress on vital issues,” he tweeted, without offering details.

Abdul Hakim Mujahid, a former Taliban official and currently a member of the High Peace Council, an independent body of clerics and respected Afghan figures, said he believes the Qatar talks resulted in a “good understanding between both sides” but that more discussions are needed in the coming weeks or months.

“Afghanistan’s problem is not so simple that it can be solved in a day, week or month, it needs more time and more discussions,” Mujahid told The Associated Press. “What is clear right now he said is that the U.S. is fed up with the war in Afghanistan and wants an end to it.”

Mujahid says all three sides — the Afghan government, the United Sates and the Taliban — are willing to talk, but how those talks should take place remains to be worked out.

However, the Taliban have in the past refused to negotiate directly with Kabul — a stand that does not appear to have changed. They have maintained they are prepared to talk with U.S. officials only and only about the pullout of foreign forces from Afghanistan.

Afghan political analyst Waheed Muzhda says he believes that Khalilzad and the Taliban have reached agreement on both the withdrawal of U.S. forces from Afghanistan and a ceasefire deal, but that neither side is prepared to say so at this point.

“But peace talks are not possible unless both sides first agree on a ceasefire,” Muzhda said.