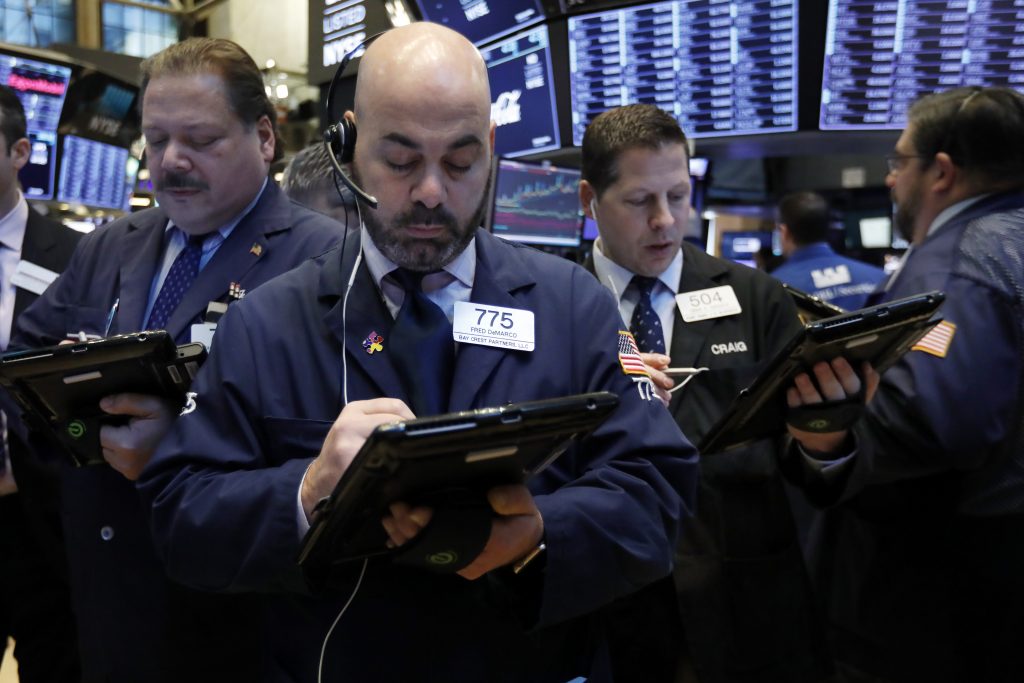 Caterpillar, a bellwether for industrial companies, has also been warning investors that higher costs related to tariffs would hurt its bottom line. Nvidia led the tech sector lower after cutting its forecasts. Nvidia also blamed slowing sales in China, which is the world’s second-largest economy.

China is facing its worst economic slowdown since the global financial crisis and the impact is being felt widely among the many U.S. companies that rely on China for sales, especially industrial and technology companies. The slowdown is being exacerbated by continuing trade tensions between Washington and Beijing.

In the July-September period, China’s economy expanded at 6.5 percent, the slowest pace since the financial crisis.

CHINA BLUES: Caterpillar and Nvidia joined a growing list of U.S. companies seeing damage to their results because of weakness in China. Apple recently warned that iPhone sales are slipping there.

The slowdown is adding to Caterpillar’s problems, and its fourth-quarter profit fell short of Wall Street expectations. Caterpillar fell 9.4 percent to $123.97. The stock is down 18 percent over the last 12 months, compared with a 7 percent drop in the S&P 500. Deere & Co., a key competitor, fell 3.2 percent to $156.41.

FLYING ABOVE: Airlines bucked the downward trend and turned higher after the federal government reopened after a five-week shutdown. The industry had been facing a shortage of TSA workers, making for longer lines at airports. There were also reports of a shortage of air traffic controllers.

TRADE TALKS LOOM: Talks aimed at resolving the impasse over Chinese technology policy and other issues are due to resume in Washington this week, led by the U.S. Trade Representative Robert Lighthizer and Chinese Vice Premier Liu He. Analysts say there might be moves to trim China’s massive trade surplus with the U.S. that could stave off further hikes in punitive tariffs imposed by both sides. However, they expect gaps to remain on key problems such as China’s blueprint for state-led development of leading technologies.

SLOWDOWN FEARS: Fear of a potential recession took its toll on the stock market at the end of 2018, with a steep slide in every U.S. indicator. The S&P 500 fell 12.4 percent through most of December, before recovering some of those losses in January. The Nasdaq and Dow both followed similar patterns.

The latest corporate warnings over China’s economy and a new report from Washington could help feed those fears. The Congressional Budget Office predicts that the U.S. economy will only grow by 2.3 percent this year, marking a significant slowdown from 3.1 percent last year.

In Europe, the threat of a continued economic slowdown has been hanging over what is an already contentious situation with Britain’s expected departure from the European Union in March. Economic growth in Europe slowed in the last half of 2018 and indicators at the start of this year have been weak.