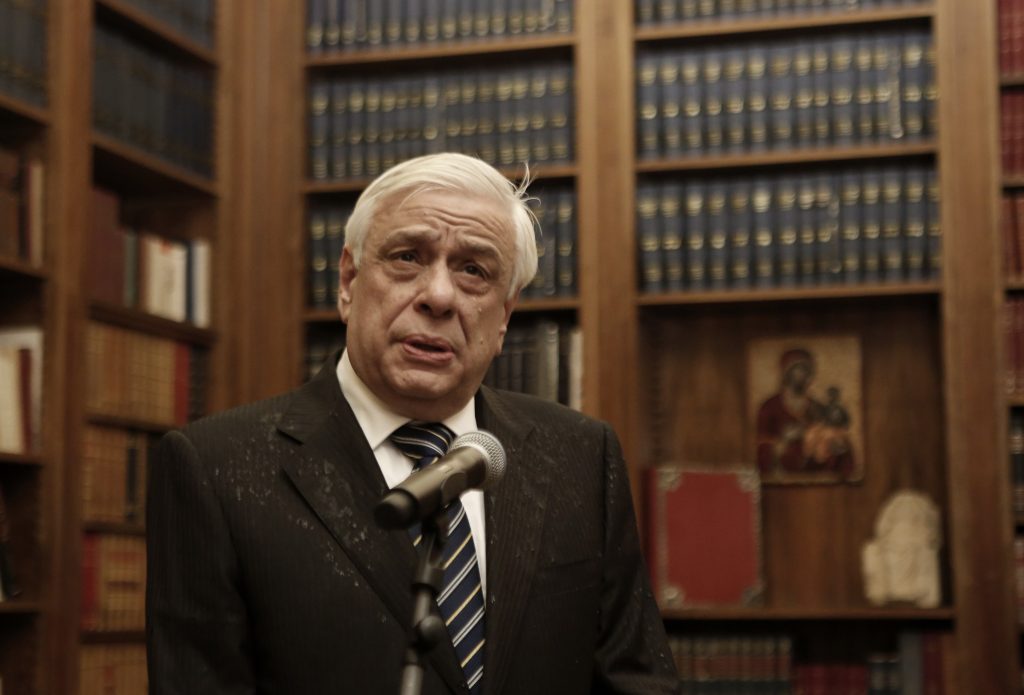 Israel’s President Reuven Rivlin on Monday telephoned President Prokopis Pavlopoulos of Greece and strongly condemned the desecration of a memorial to the Jewish community in Thessaloniki.

“This incident proves that anti-Semitism is still alive and kicking and that we must continue to fight relentlessly against it. It is vital that the Archbishop of Athens and of all Greece should speak out against acts of anti-Semitism. We must work together in an uncompromising campaign against anti-Semitism,” he told Pavlopoulos in their conversation.

The monument that was desecrated last Friday is located in the Aristotle University of Thessaloniki and was erected in memory of the Jewish community of the town that was destroyed in the Holocaust. The marble panels of the monument were originally part of the old Jewish cemetery that was destroyed by the Nazis in 1942. This is the second time that the monument has been attacked and the 16th attack on a Jewish site in Greece since the beginning of 2018.

The president thanked his Greek counterpart for his clear condemnation of the event yesterday at the ceremony to mark International Holocaust Remembrance Day in Thessaloniki, but stressed also that, “this act of anti-Semitism should be addressed and condemned by the church.”

“The Greek church leaders’ silence is very concerning,” Rivlin said. “Unfortunately, all the Christian religious institutions in Greece are remaining silent in the face of anti-Semitism, as we saw yesterday.”