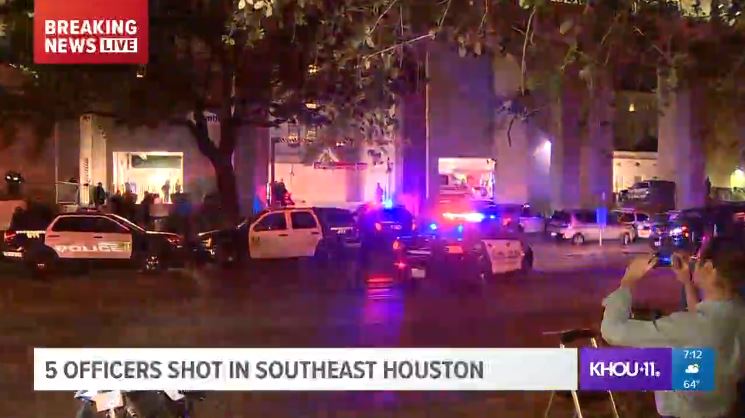 KHOU 11 News has reported that Houston Police Department Chief Art Acevedo confirmed that five police officers from his department have been shot in southeast Houston.

“We have had several officers shot. Please pray for officers,” Chief Acevedo tweeted minutes after the shooting.

Two officers were rushed to Memorial Hermann and Ben Taub Hospitals in the Texas Medical Center and are reported to be in critical condition. Joe Gamaldi, president of the Houston Police Officers’ Union, says one of the injured officers was taken to a hospital by helicopter. The condition of the other three wounded officers is unknown at this time.

“I’ve just learned one officer was shot in the leg, one in the shoulder and one in the face,” Brett Buffington, reporter for KHOU tweeted.

The shooting happened just before 4 p.m. in a residential neighborhood in the 7800 block of Harding. Officers were serving a warrant when gunfire broke out. A neighbor said that she heard around 15 shots being fired. “I heard gunshots, I saw officers down,” the woman told KHOU 11 News.

Two suspects inside the house were killed, and police are using a robot to search for the third suspect. HPD and Harris County Sheriff’s Office SWAT teams are still on the scene.