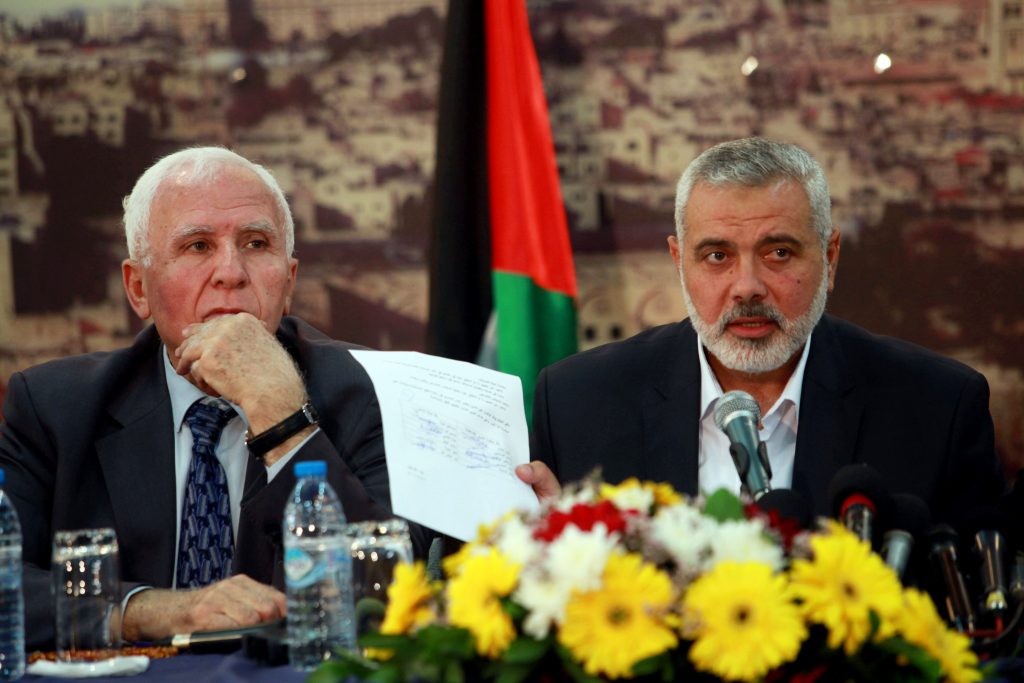 The intra-Palestinian rivalry between Hamas and Fatah flared anew on Monday as Hamas denounced the Fatah attempt to form a new Palestinian Authority government, The Jerusalem Post reported.

On Sunday, the Fatah Central Council recommended that PA President Mahmoud Abbas form a new mostly Fatah-based government to replace the one headed by prime minister Rami Hamdallah. That government, called the Palestinian National Consensus Government, was established following understandings reached between Fatah and Hamas in 2014. But such understandings have eroded and there is dissatisfaction with Hamdallah’s performance in office as well.

“Fatah’s call for forming a new government consisting of PLO factions will solidify the split between the West Bank and Gaza Strip,” said Hamas spokesman Fawzi Barhoum. “Our people are in need of a national unity government that would represent all Palestinians.”

Azzam al-Ahmed, a Fatah official who might succeed Hamdallah, acknowledged that the purpose of the new government was to “disengage” from Hamas. The Palestinian National Consensus Government, he said, was formed to end the Fatah-Hamas rift. “Hamas wanted to exploit the government to manage the division, then said that the government was part of the problem,” Ahmed told the Jordanian Al-Ghad network.