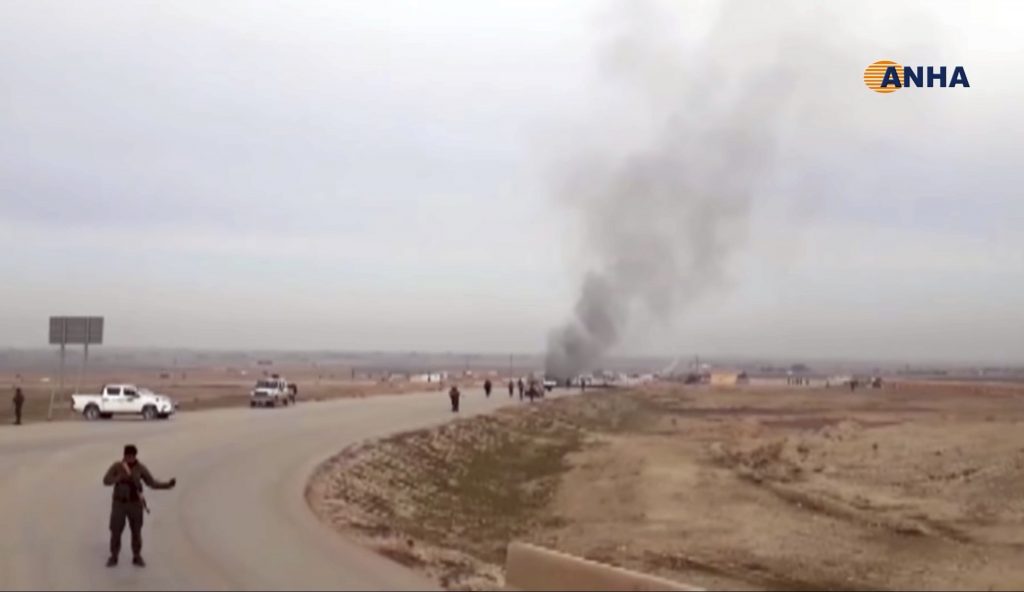 Hundreds of people have fled the Islamic State terror group’s last major stronghold in Syria, including terrorists who tried to sneak out among civilians, Syrian opposition activists said Monday.

The Syrian Democratic Forces, a U.S-backed and Kurdish-led group, has intensified its offensive in the last area held by the terrorists since President Donald Trump announced plans to withdraw American troops last month. The ground offensive is taking place under the cover of airstrikes by the U.S.-led coalition.

The terror group, which once controlled around a third of Syria and neighboring Iraq, is now besieged in a small area in eastern Syria where it has been relying on suicide attacks to stop the advance by SDF fighters. The area has been shrinking since the SDF began its offensive on Sept. 10, and hundreds on both sides have been killed.

Despite the intensity of the offensive and the airstrikes some IS terrorists holed up in two villages are refusing to surrender and have continued to inflict losses among the attacking forces while using civilians as human shields.

The Britain-based Syrian Observatory for Human Rights said some 2,000 people, including 300 IS terrorists, have left the area in the eastern province of Deir el-Zour since Sunday. It said many of those who left are from Iraq and the former Soviet Union.

Rami Abdurrahman, the director of the Observatory, said a search is underway for any senior IS commanders who might be in the area.

The DeirEzzor 24, an activist collective, reported that dozens of civilians had left the area, adding that the SDF captured a local IS commander and his bodyguard.

The Kurdish Hawar news agency, based in northern Syria, reported that SDF security agents were able to detain IS members who fled among civilians.

Hawar and the Observatory said IS gunmen are using civilians in the area as human shields to slow down the offensive.