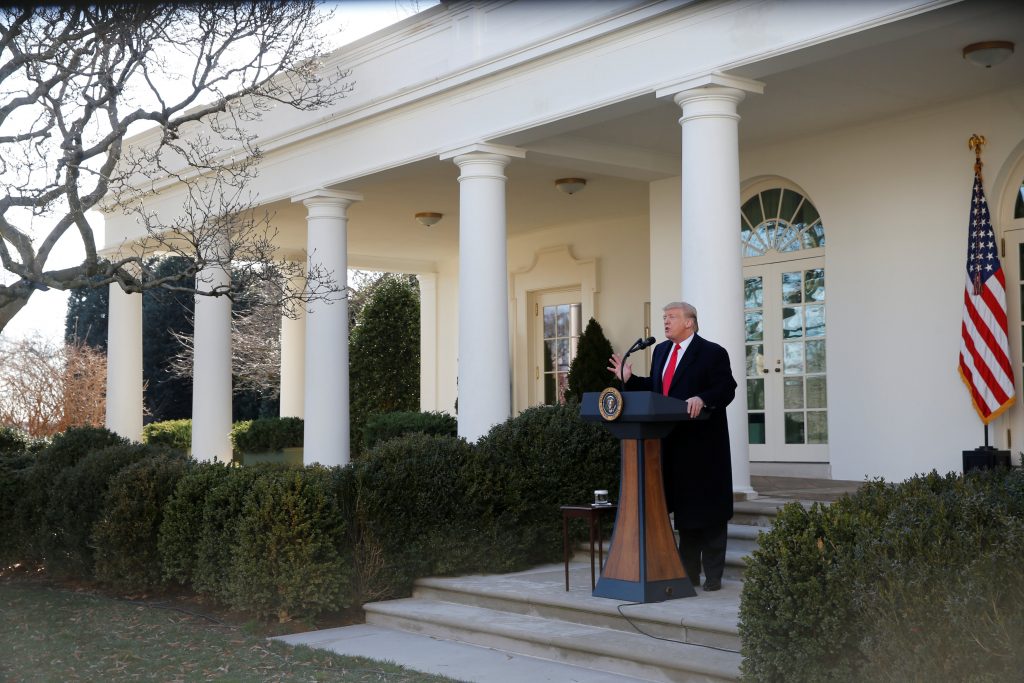 The government reopened on Monday with about 800,000 federal workers returning after a 35-day shutdown as lawmakers geared up for talks to avoid another standoff before funding runs out again in three weeks.

Trump and Congress reached a deal to reopen the roughly one-quarter of the government that had been closed despite the president not getting the $5.7 billion he had demanded to build his long-promised wall along the U.S.-Mexico border.

Still, it remained to be seen how lawmakers address border security before the Feb. 15 deadline while avoiding another closure. A committee of lawmakers from both parties will try to negotiate a compromise on border security as Congress prepared to reconvene on Monday.

Trump vowed to shut down the government again unless an acceptable border deal is reached, and on Sunday expressed skepticism that such an agreement could be made.

He also left open the possibility of declaring a national emergency to get money for the wall, an extraordinary move that Democrats and some Republicans have vowed to fight and that would likely face a court challenge.

Democrats, eager to capitalize on their political victory, oppose any border wall money but say they back additional funding for border security measure such as increased technology and Border Patrol agents.

Republicans, who controlled both the Senate and the House when the shutdown began Dec. 22, are wary of a repeat closure.

Federal workers are expected to get paid this week for the five weeks of missed paychecks. Federal contractors and businesses that relied on federal workers’ business, however, face huge losses, although some lawmakers are pushing legislation to pay contractors back as well.