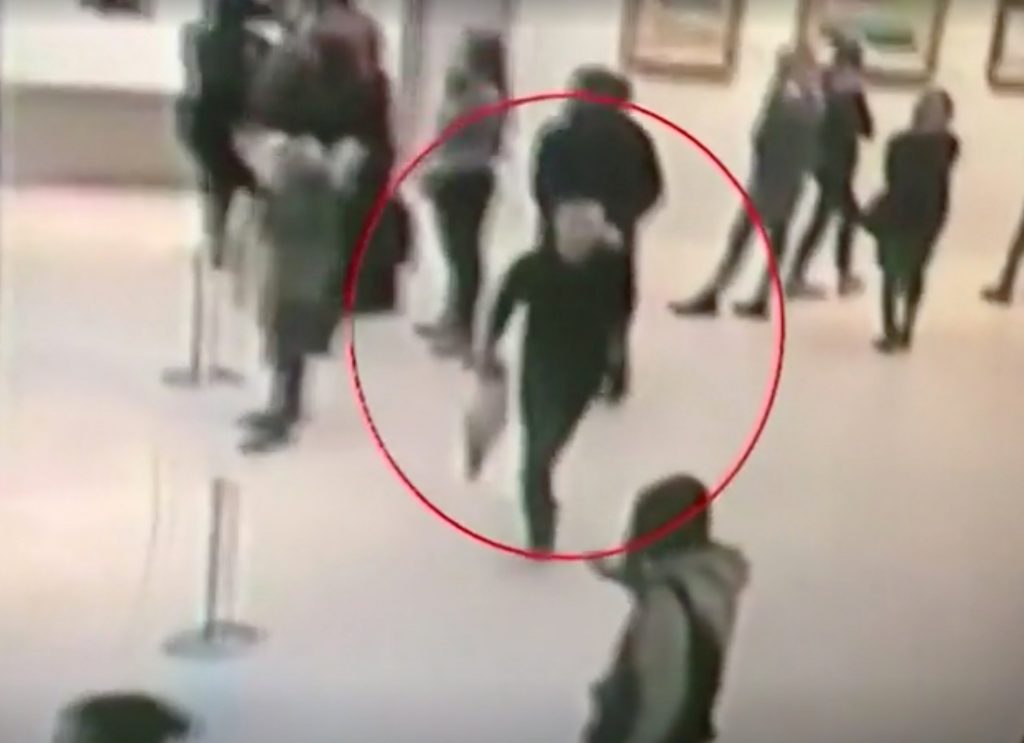 Russian police said they had detained a suspect after a painting was stolen from a Moscow gallery on Sunday, when the thief strolled unchallenged past visitors who mistook him for an employee.

Red-faced officials said security would be stepped up at the State Tretyakov Gallery following the theft of “Ai Petri.Crimea,” which was removed from a temporary exhibition that had not been fitted with alarms.

Police said on Monday they had arrested a 31-year-old suspect. The TASS news agency cited a police interview in which he denied committing any crime.

The picture, by landscape artist Arkhip Kuindzhi and depicting a mountain in Crimea, was recovered on a building site after a tip-off. Completed in 1908 shortly before Kuindzhi’s death, it is valued at around $1 million, state media said.

The theft refocused attention on security at the gallery, which made headlines in May after a man damaged one of the most famous paintings there – “Ivan the Terrible and His Son Ivan on November 16, 1581,” by Ilya Repin – with a metal pole.

“For us Muscovites this is shameful,” Ludmila Gavrina, a visitor said on Monday. “Something needs to change.”

Vladislav Kononov, an official at the Ministry of Culture, told reporters the painting had not been damaged and that all pictures at the gallery would henceforth be fitted with sensors and alarms.