Technology Your Baby’s Cold May Be RSV, a Respiratory Illness
Health, Science & Technology 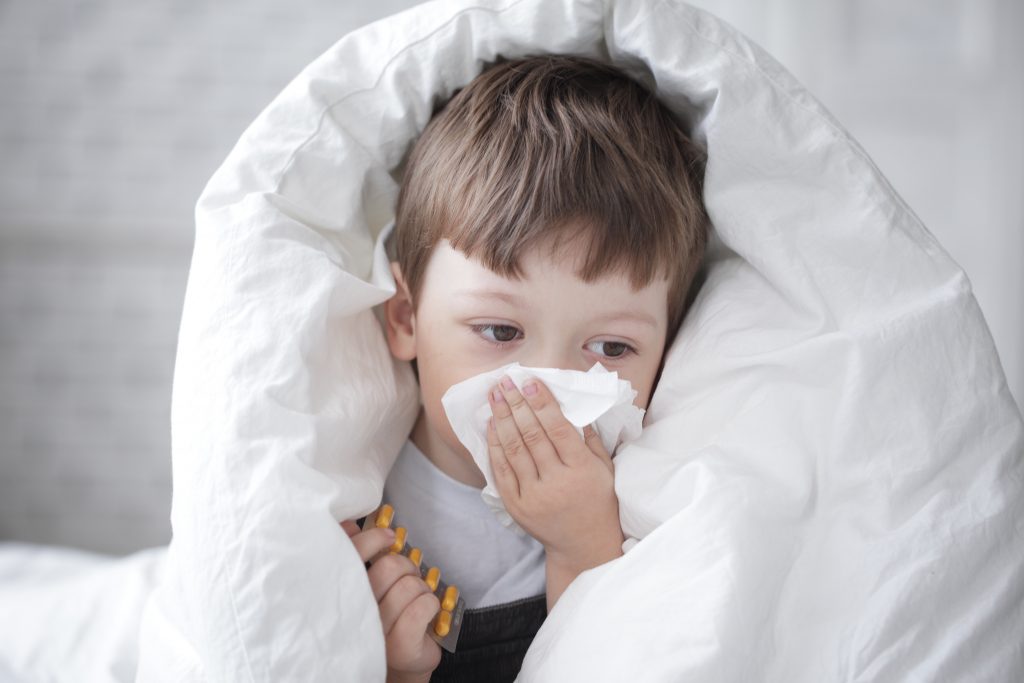 Our end of year season was a symphony of sneezes.

It’s inevitable, we joked, as family members from as far away as Illinois and Italy joined us in suburban Philadelphia.

We added packages of colorful tissues to last-minute shopping lists, drank ginger tea with lemon and recalled wryly how much worse it was a few years back when three generations in close quarters shared a stomach bug.

Until the youngest member of our clan started struggling for breath – and our coldlike symptoms suddenly seemed more sinister.

On New Year’s Eve, his parents, visiting from the Midwest, took him to an urgent care clinic. The doctor called an ambulance and sent them to a nearby emergency room. Later that day, they were transferred, again by ambulance, to the Nemours/Alfred I. duPont Hospital for Children in Wilmington, where 5-month-old Timo spent the next four nights receiving supplemental oxygen, having mucous suctioned out of his nose and lungs, and being closely monitored for complications.

The diagnosis? RSV, or respiratory syncytial virus, an often overlooked infection that is the leading cause of hospitalization for children under age 1 in the United States.

A quick test can distinguish RSV from the flu or other common colds, but most healthy young adults never find out because their symptoms don’t seem threatening. But RSV can present problems for the elderly and people with compromised immune systems. In cases such as Timo’s, it causes bronchiolitis, or inflammation of the small airways in the lungs. Some infants develop pneumonia.

RSV is a killer in countries where respiratory support is not so readily available, causing 60,000 deaths annually around the world in children under age 5.

Even in the United States, RSV leads to more than 2 million outpatient visits and nearly 60,000 hospitalizations every year in that age group, according to the Centers for Disease Control and Prevention. Experts estimate that a few hundred children die each year. The season onset ranges from mid-September to mid-November and ends somewhere between mid-April and mid-May. Its peak is about now, between late December and mid-February.

For a hospital such as Nemours, that represents a huge burden, said Jonathan Miller, director of primary care pediatrics. Of the 350 patients admitted in one recent week in January – for everything from surgery to oncology – 71, or 20 percent, were for bronchiolitis, mostly caused by RSV and representing the vast majority of admissions in general pediatrics.

“I see 12 to 15 patients a day,” Miller said. That number rose to 17 one day in early January. “Twelve of them,” Miller said, “had acute bronchiolitis.”

Some children become very ill, with the infection lingering beyond the expected few days, and require highly specialized care, including IV fluids and intubation. Five of the 71 admissions had to be treated in the pediatric intensive care unit.

Complications often occur in children who suffer from underlying conditions, such as congenital heart disease or chronic lung disease, or in babies who arrived prematurely – as Timo did – before having received the full complement of maternal antibodies. All infants have small airways that are easily blocked by mucus.

And if our experience is anything to go by, RSV produces an awful lot of it. We ripped through boxes of tissues, sought out humidifiers and tried in vain to teach toddlers how to blow their noses.

RSV is not a new problem. It was recognized in the late 1950s and may have received more attention recently because infections with many of the other germs that cause lower respiratory tract infections can be prevented or treated.

They also enable doctors to give parents specific advice about what to watch for and how the disease might progress, said Ruth Karron, a pediatrician and professor in the Department of International Health at the Johns Hopkins Bloomberg School of Public Health.

But doctors can do little to combat RSV.

There is no effective antiviral drug, such as Tamiflu, which is used against influenza. Monthly injections of an antibody, Synagis, can help prevent serious infections but it is expensive and given only to babies at very high risk.

“A good vaccine for RSV would probably have a bigger impact on childhood disease than almost any other vaccine could,” Miller said.

Karron has been working with colleagues at the National Institutes of Health on one of several efforts to develop a vaccine. She said she hopes it will be available within the next five to 10 years. A vaccine given to expectant mothers to protect their babies could be ready sooner.

The virus doesn’t evolve much, Karron said, so unlike the flu, which adapts frequently, a vaccine would not have to be updated from year to year.

Until then, practice good respiratory hygiene with frequent hand washing and by coughing or sneezing into a tissue or elbow rather than into bare hands, advised Susan Gerber, chief of the respiratory viruses branch at the CDC’s Division of Viral Diseases.

Still, the realities of modern life make it hard to avoid infection with such a highly contagious bug that can survive on doorknobs, shirt sleeves and soft toys and so runs rampant through day-care centers. Being infected delivers some immunity but doesn’t mean you won’t catch RSV again.

Almost all children will have had an RSV infection by their second birthday, Karron said.

Timo is now back home in Illinois with his 2-year-old brother, who suffered only a runny nose and a bothersome nighttime cough.

“Toddlers are the ‘Typhoid Mary’s’ of RSV,” Karron said.