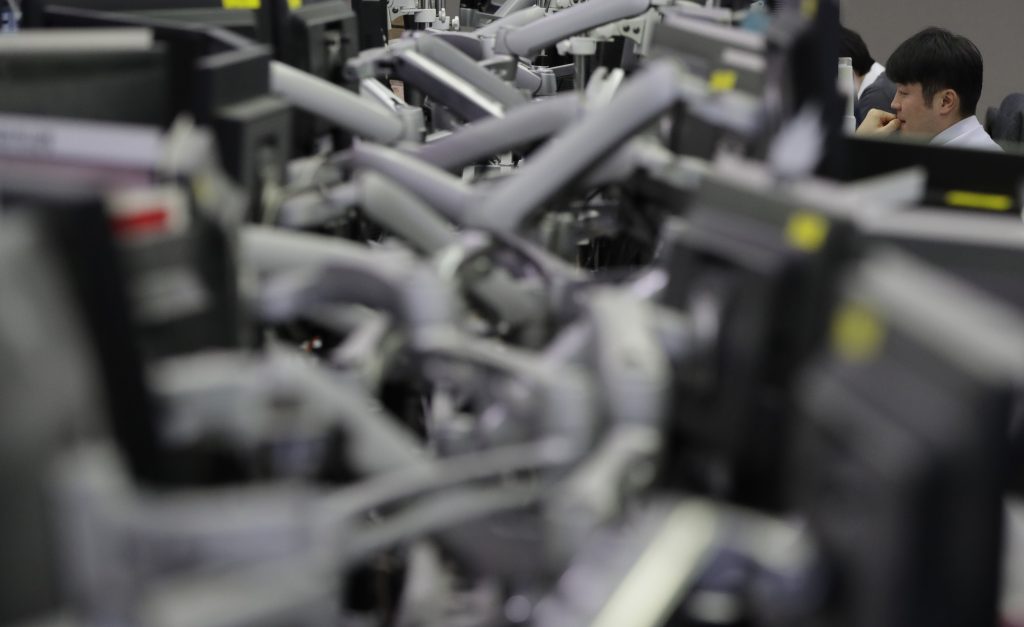 Asian shares ticked up on Monday though they retreated from earlier highs as relief on news of a deal to reopen the U.S. government following a prolonged shutdown gave way to edginess before a key round of Sino-U.S. trade talks.

European shares are expected to dip at their open, with spread-betters looking to a fall of 0.3 percent in London’s FTSE and a 0.4 percent drop in Frankfurt’s DAX and Paris’s CAC.

MSCI’s broadest index of Asia-Pacific shares outside Japan was almost flat, pulling back after hitting its highest since Oct. 4 early in the session.

President Donald Trump agreed on Friday to temporarily end a 35-day-old partial U.S. government shutdown without getting the $5.7 billion he had demanded from Congress for a border wall.

In response Wall Street rallied broadly on Friday as investors were relieved to see an end to one of the longest U.S. government shutdowns in history.

The shutdown had left the markets anxious as it came at a time of heightened worries over slowing global growth, signs of stress in corporate earnings and a still unresolved Sino-U.S. trade war.

Attention now shifts to Chinese Vice Premier Liu He’s visit to the United States on Jan. 30-31 for the next round of trade negotiations with Washington.

The high-level talks in Washington will include discussions about China’s currency practices, U.S. Treasury Secretary Steven Mnuchin said. He has criticized the yuan’s weakness in the past, but in recent days, positive sentiment toward the talks has lifted the yuan’s value against the dollar.

“Although coming to an agreement is still tricky, both sides have little incentive to escalate tensions,” said Tai Hui, Hong Kong-based chief market strategist for Asia Pacific at J.P. Morgan Asset Management, in a note.

“Markets will at least expect an extension of the truce in tariff increases beyond early March, while more difficult issues are still being worked on by both sides.”

Besides the underlying anxiety on trade, the temporary nature of the U.S. government’s reopening – Trump has threatened to resume the shutdown on Feb. 15 if his demands aren’t met – remained a source of concern.

“As things stand this morning, we have only 18 days left before we get another government shutdown, or a Wall. That should keep things interesting for markets,” wrote strategists at Rabobank.

In the currency market, the pound hovered not far off a three-month high of $1.3218 set on Friday on the back of optimism that Britain can avoid a no-deal Brexit.

Britain is set to leave the European Union on March 29, but the country’s Members of Parliament remain far from agreeing to a divorce deal, and longer-term prospects for sterling remained far from clear.

The immediate focus was on Tuesday, when the British Parliament will debate and vote on Prime Minister Theresa May’s Brexit “plan B.”

The euro was also on the front foot against the sagging dollar, which was on the defensive as the Federal Reserve convenes its first policy meeting of 2019 where it is expected to leave interest rates unchanged after raising them five times in as many quarters in December.

The attention will be on the policy outlook as the Fed has signaled a slower pace of rate increases this year with markets speculating it might pause its tightening cycle soon.

The single currency was a shade higher at $1.1410 after gaining 0.9 percent on Friday, paring the losses from earlier last week on dovish-sounding comments by European Central Bank President Mario Draghi.

Against the Japanese yen, the greenback slipped 0.2 percent to 109.31 yen, extending mild losses at the end of last week.

The yield on benchmark 10-year Treasury notes edged down to 2.740 percent compared with its U.S. close of 2.751 percent on Friday.

Oil prices rose toward the end of last week as political turmoil in Venezuela threatened to tighten crude supply, with the United States signaling it may impose sanctions on exports from the South American nation.

Gold was slightly higher. Spot gold was traded at $1,302.20 per ounce, hovering just below a more than seven-month high of $1,304.40 reached earlier in the session.