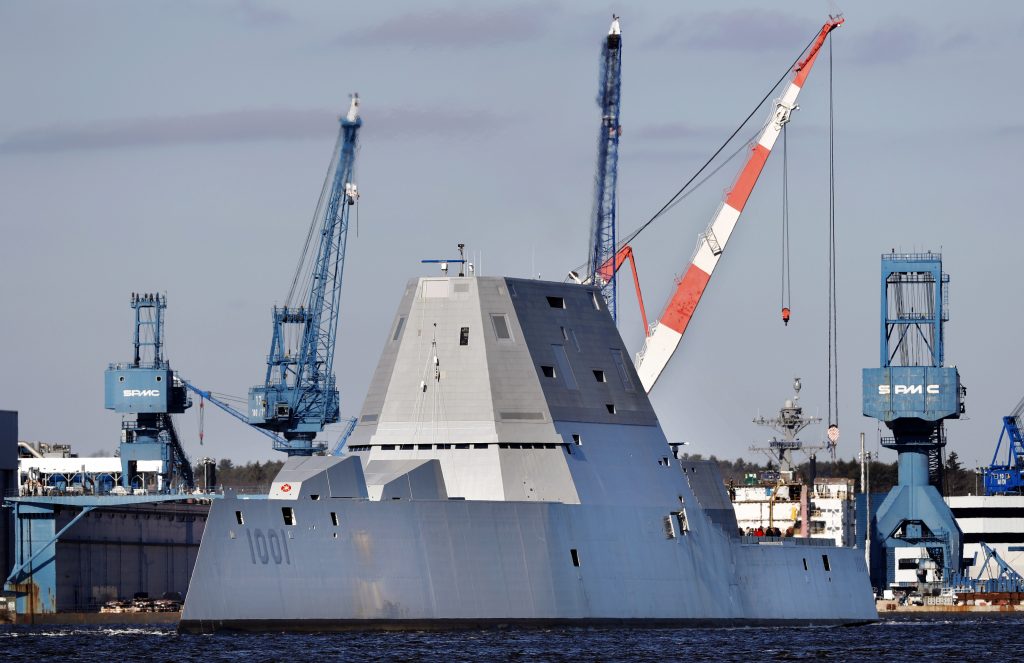 An American flag was raised as part of a ceremony in San Diego commissioning the USS Michael Monsoor, one of the new stealthy Zumwalt class of destroyers.

The Los Angeles Times reports California congressman Scott Peters was among the dignitaries who spoke during the event Sunday that drew about 5,000 people.

After the speeches, the crew was called on board and the ship officially entered service.

The Michael Monsoor is one of three high-tech guided missile destroyers.

They are constructed by Navy shipbuilder Bath Iron Works in Maine.

Michael Monsoor was a Navy SEAL who died in Iraq in 2006 after leaping onto a grenade, saving his comrades.