Politics Pres. Trump Will Secure Border ‘With or Without Congress,’ Mulvaney Says
Politics 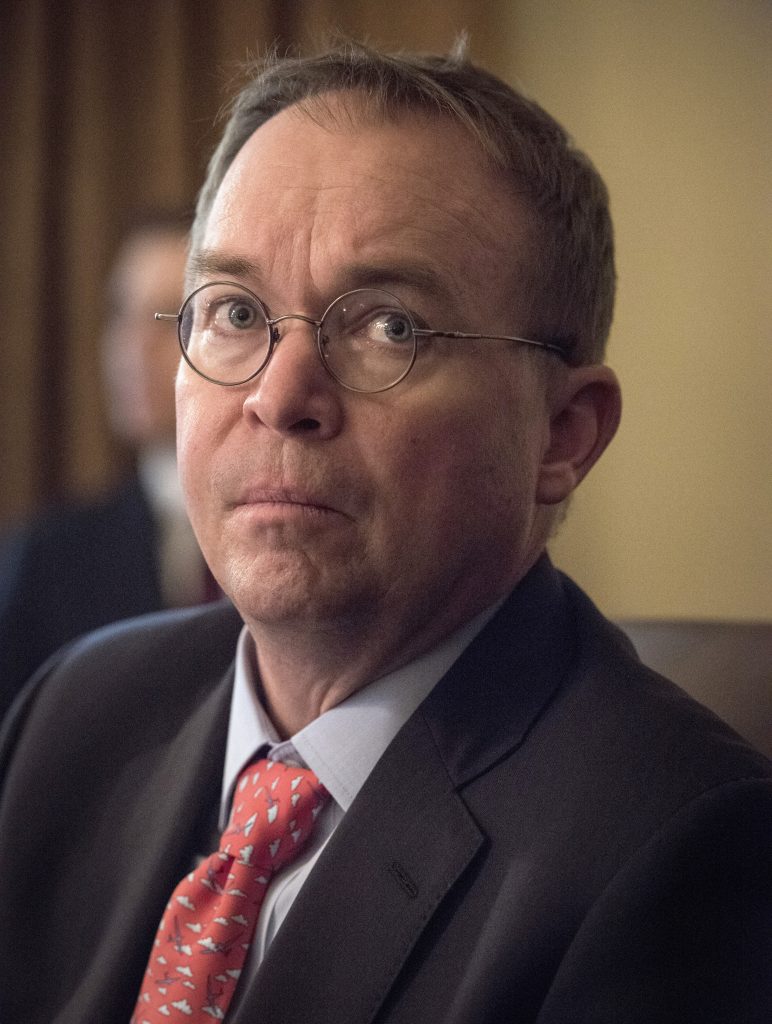 In an interview on Fox News, Mulvaney declined to say whether Mr. Trump would accept less than the $5.7 billion in funding he has demanded for the wall. But he maintained that Mr. Trump is ready to use emergency powers to secure the border if Democrats continue to balk at his demands.

“The president’s commitment is to defend the nation, and he will do it either with or without Congress,” Mulvaney said.

The partial government shutdown, which was the longest in U.S. history, ended on Friday with Mr. Trump agreeing to temporarily reopen the government without any money for his border wall.

But a new crisis looms, as the deal provided funding only through Feb. 15. A bipartisan, bicameral committee has been charged with negotiating an agreement on border security as part of the deal, and a stalemate could trigger another shutdown in the coming weeks.

Mulvaney said that if the legislation Congress sends to Mr. Trump’s desk is unsatisfactory, Mr. Trump could veto it, which would result in another shutdown.

“Yeah. I think he actually is,” Mulvaney said on CBS’ “Face the Nation” when asked whether Mr. Trump is prepared to bring about a shutdown next month.

Some conservatives swiftly rebuked Mr. Trump for agreeing to reopen the government last week without wall funding. But Mulvaney dismissed those critiques on Sunday.

Mr. Trump argued Sunday that illegal immigration was costing the country tens of billions of dollars a month, although it was not clear on what data he was basing his estimate.

Mr. Trump has previously claimed that the cost of illegal immigration is more than $200 billion a year, without providing any evidence for those claims.

Roughly 11 million people are estimated to be living in the United States without documentation. But on Sunday, Mr. Trump challenged that number, tweeting that “there are at least 25,772,342 illegal aliens, not the 11,000,000 that have been reported for years, in our Country. So ridiculous! DHS”

Asked on “Face the Nation” about that number, Mulvaney said he did not know where Mr. Trump was getting his information. But he argued that the figure “has to be larger than 11 million” because of the numbers of migrants who continue to cross into the United States each month.

“I think that number was accurate a couple of years ago. We know that it’s going up,” Mulvaney said.

As the negotiations begin anew, lawmakers from both parties stuck to their positions Sunday, with Republicans echoing Mr. Trump’s call for a wall and Democrats rejecting the possibility.

“I don’t support any wall funding, but I do support border security,” Rep. Adam Schiff, D-Calif., said on ABC. And you know, the important thing, I think, to remember here is, Democrats and Republicans cannot only reach an agreement on border security, we already have multiple times. … The only thing that got in the way was the president was frightened off by Ann Coulter and Rush Limbaugh.”

Schiff was referring to legislation last year that passed the Senate but was scuttled at the last minute after Mr. Trump, amid pressure from conservative pundits, made an abrupt reversal and announced his opposition.

House Minority Leader Kevin McCarthy, R.-Calif., argued on NBC’s “Meet the Press” that Mr. Trump “made four different offers that were reasonable” and that ultimately Democrats were as responsible as Republicans for shutting down the government.

Some Republicans, however, cautioned against forcing another government shutdown over the border wall. Public opinion polls show that the public blames Mr. Trump and Republicans more than Democrats for the recent shutdown.

“I don’t think shutdowns are good leverage,” Sen. Marco Rubio, R.-Fla., said on CNN. “It’s a lesson I have certainly learned in my time here. Look, there’s been two shutdowns since the time I have been there, and the aggressor in neither one was the winner.”

Rubio also said that he believes Mr. Trump is “willing to do something reasonable” for people who are in the United States with temporary protected status or through the Deferred Action for Childhood Arrivals program, or DACA, program, but that it is being held up by the inability to get an agreement on border security.

“I hope that people will separate the tactics from the policy, because I think the policy is reasonable and solid,” he said.