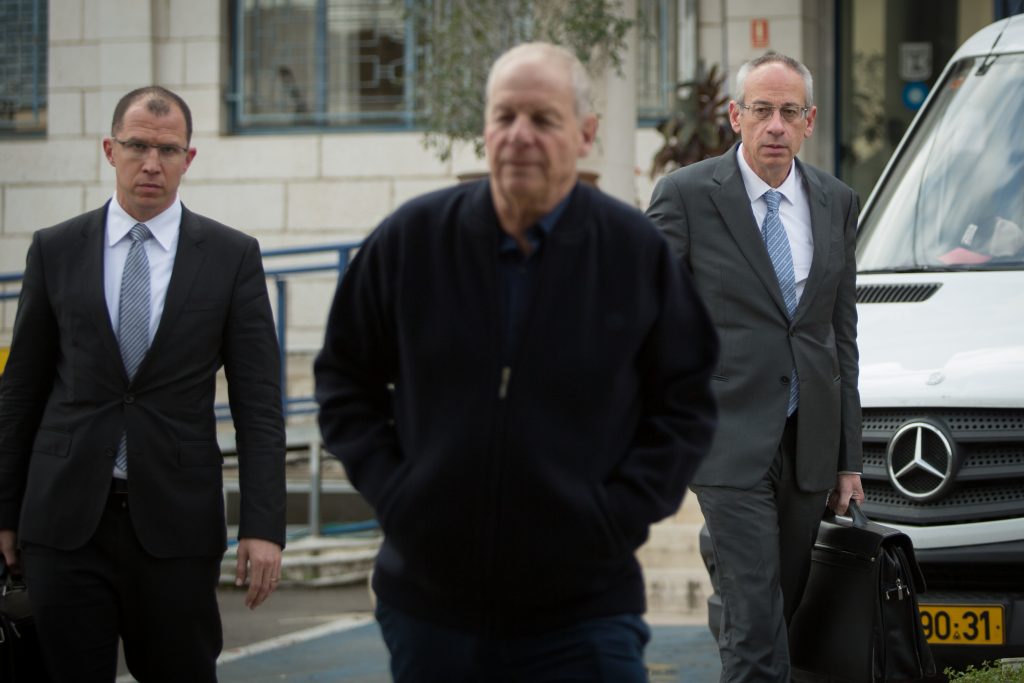 In a letter to Attorney General Avichai Mandelblit, the attorneys cited 122 instances in which police had allegedly leaked information from the probes to favorites in the media, in what they characterized as gross and illegal misconduct on the part of the investigators.

According to the complaint, the leaks were made in an “intentional and patterned manner,” and have “caused significant damage to the Prime Minister’s reputation and standing among the public. The leaks have seriously compromised the ethics of the procedures against him, and to the faith in the process among the public.”

Some of the leaks were deliberately made by police, the complaint claims, while others were made by individuals with interests that clash with the ethics that the Justice Ministry is supposed to represent, the complaint said. The “endless leaks of material that is supposed to be seen by investigators alone. This is a clear instance of an attempt to replace the quality of information with quantity,” with leakers “shooting wildly” and exposing as many details as they can in order to harm Netanyahu’s reputation, it said.

Things have “only gotten worse in recent days, when on an almost daily business we are treated to ‘new and never before seen’ revelations from the investigations, with the leaks having a clear agenda. This is a flood of information that has never been seen in the annals of Western history, and has nothing in common with a fair judicial process,” the attorneys added.

In a video released on social media over the weekend, Netanyahu slammed Israel’s commercial Channels 12 and 13, calling them “propaganda channels that attempt to brainwash viewers night after night with phony ‘revelations’ on the investigations. Leaking information from an investigation is a criminal act, with the penalty up to three years in prison. For the media, any and every tactic is kosher in order to impose a leftist government on Israelis against the will of the people. This will not work – don’t let them get away with it,” he said, telling voters to “make your response clear on Election Day.”

The attorney general’s office has so far rebuffed these complaints, although Mandelblit has said in the past that he does not pay attention to media reports on the investigations.