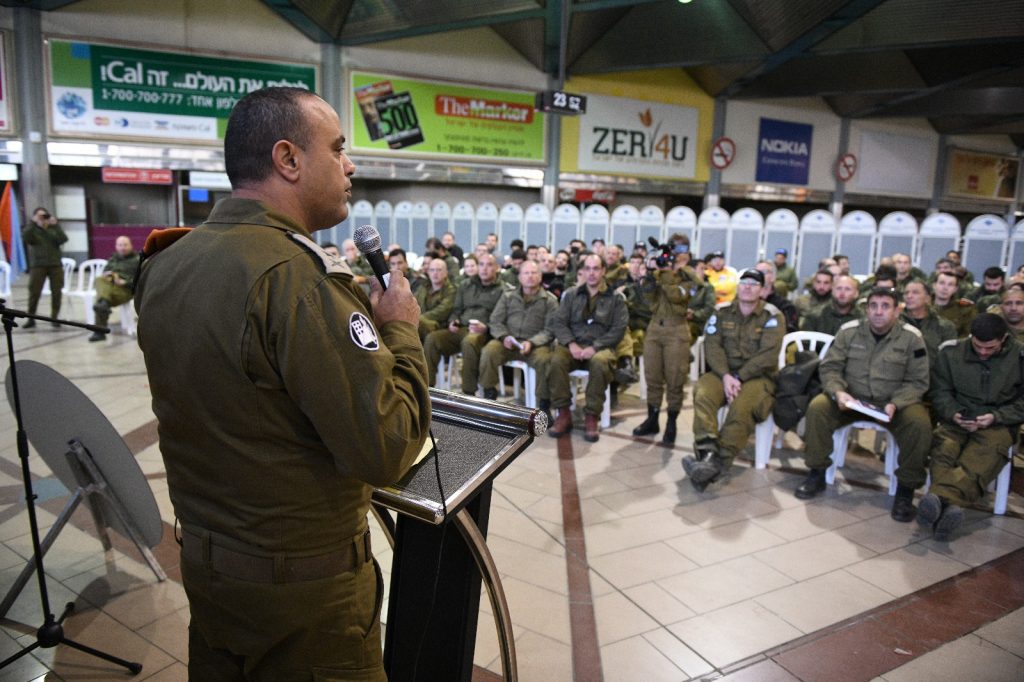 The IDF has dispatched an IDF humanitarian aid delegation to Brazil following the dam collapse at Brumadinho in Brazil, in which hundreds of people are reported missing.

The two agreed that an Israeli mission with rescue equipment would leave within 24 hours.

The IDF delegation that took of Sunday morning includes 130 troops from the Home Front Command, among them engineering experts, doctors and rescue personnel, as well as the Israel Fire Department’s special rescue unit, Navy divers and representatives of the Ministry of Foreign Affairs.

After a situation assessment, the IDF defined its mission as finding and rescuing missing persons at the disaster scene in Brazil. The team is taking advanced detection acquirement, including drones and sonar.

The IDF stated that it will “continue to assist, on behalf of the State of Israel, in any disaster throughout the world at which it is required and will contribute its experience and capabilities.”

The IDF Search and Rescue unit has vast experience and has operated to save lives in disasters around the world.

Some 400 people are unaccounted for after a dam burst on Friday at an iron ore mine owned in southwestern Minas Gerais state. At least 50 people died in the disaster. Bolsonaro visited Minas Gerais and flew over the disaster area on Saturday.

Yuval Rorem, Director General of Ministry of Foreign Affairs stated that Israel is “deeply saddened by the news of the Brazil dam collapse. Israel, as a true friend, is sending an urgent rescue mission. Our deepest condolences to the people and government of Brazil.”

Similarly, a delegation of Israeli Zaka Search and Rescue volunteers is flying to Brazil with the IDF Home Front Command delegation.

The state of the art search equipment that Zaka is bringing to the mission includes the sonar device which was recently purchased by the organization to assist in similar missions.

Zaka International Rescue Unit commander Mati Goldstein stated that “Zaka has accumulated vast experience in search, rescue and recovery at dozens of mass casualty incidents and terror attacks around the world. With this experience and expertise, we are able to save lives and significantly contribute to the local search and rescue efforts. Our mission will focus on rescuing survivors, and search and recovery of those killed in the disaster.”

Zaka Chairman Yehuda Meshi-Zahav added that” Zaka, as a U.N.-recognized international humanitarian volunteer organization, considers it a moral obligation to offer help and assistance to all those in need, regardless of religion, race or creed, when their country is overtaken by disaster. This is part of our mission to sanctify the divine name and Israel around the world.”