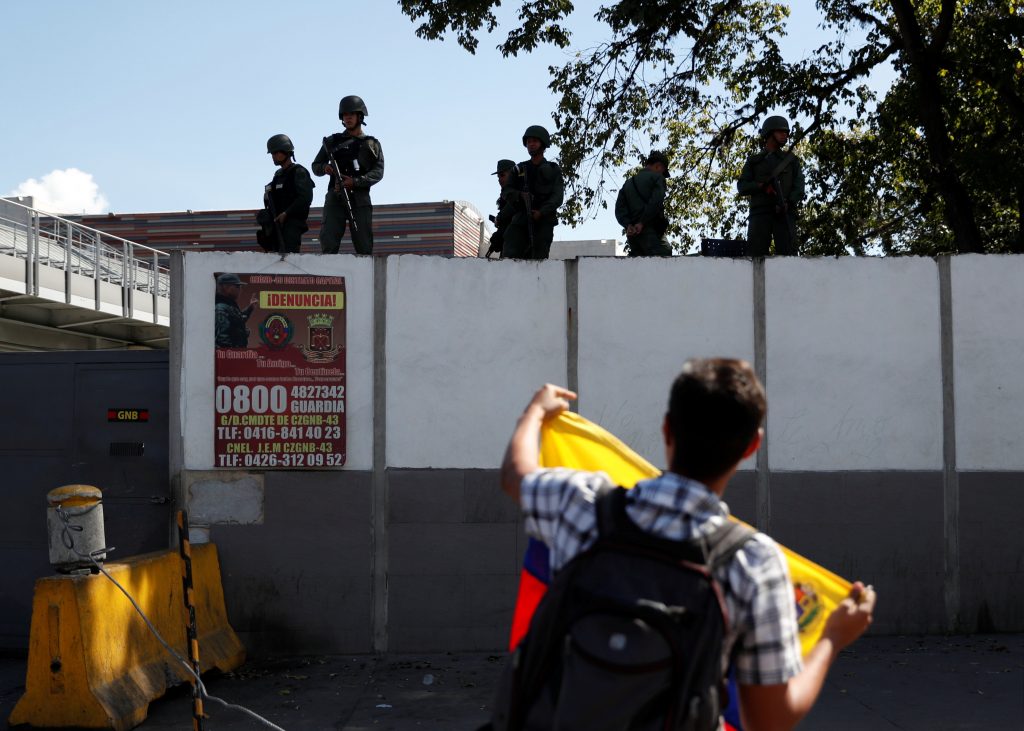 Israel on Sunday threw its support behind Venezuelan opposition leader Juan Guaido as the country’s leader.

“Israel joins the United States, Canada, most of the countries of Latin America and countries in Europe in recognizing the new leadership in Venezuela,” said Prime Minister Binyamin Netanyahu in a statement.

Israel was said to be hesitant to make such an announcement amid concerns the Maduro regime could retaliate with measures against the Venezuelan Jewish community, according to The Times of Israel.

Defense officials reportedly had warned against recognizing Guaido as because of these fears of repercussions, but Netanyahu’s office said it wasn’t so, and that the decision to back Guaido was made with the support of the defense establishment.

Israeli officials told Channel 13 news that State Department officials had made the request to diplomats at the embassy in Washington on Thursday, and that other U.S. allies have received similar requests.

At the United Nations, Secretary of State Mike Pompeo urged all nations to end Venezuela’s “nightmare” and support Guaido.

“Now is the time for every other national to pick a side,” Pompeo told the Security Council. “No more delays, no more games. Either you stand with the forces of freedom, or you’re in league with Maduro and his mayhem.”

Sunday’s announcement in Yerushalayim was hailed by Ambassador to Israel David Friedman, for “standing with the people of Venezuela and the forces of freedom and democracy.”

Maduro and his predecessor Hugo Chavez, who broke off ties with Israel in 2009, have both been strident critics of Israel, and some Jewish community leaders have expressed fears of anti-Semitic policies if Maduro is not ousted.