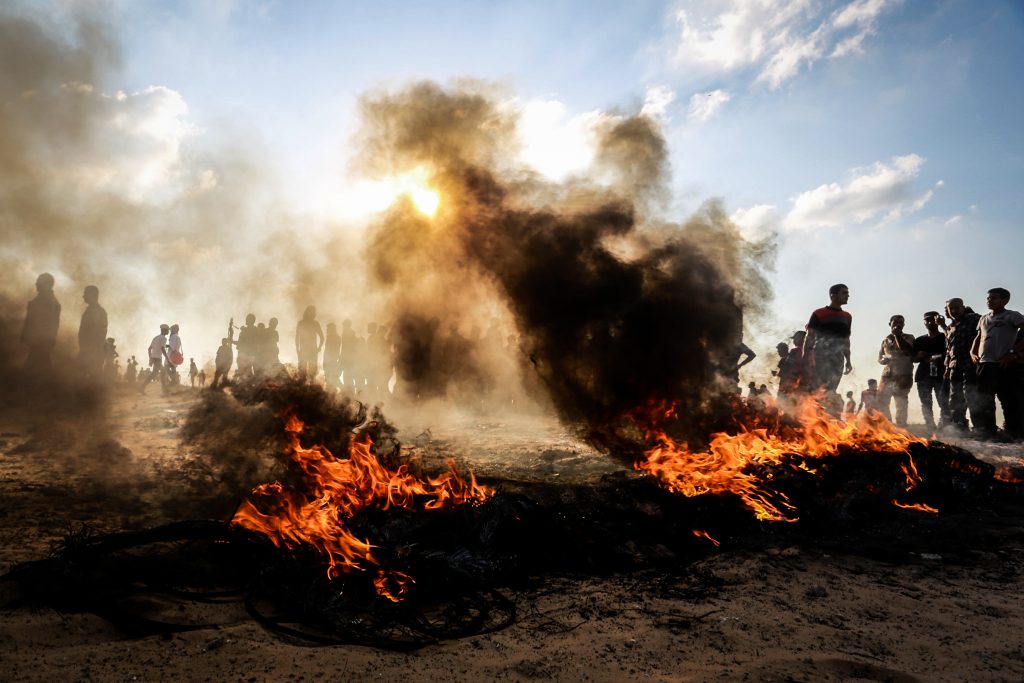 Hamas called on Arabs in Palestinian Authority-controlled areas of Yehudah and Shomron to riot and attack Israelis, in the wake of the death of an Arab near the town of Adei Ad on Shabbos. Thousands of Arabs gathered in Ramallah Motzoei Shabbos, calling for revenge against Israel in the wake of the incident.

In the incident, an Israeli youth who was walking by himself in the area of Adei Ad was attacked by Arabs, and wounded when an Arab stabbed him. A group of Israelis nearby called for help, and the security team of Adei Ad showed up. According to a spokesperson for the team, members of the team fired into the air in order to fend off the Arab mob, which then attacked them as well, causing a “life-threatening situation,” the spokesperson said. One of the rioters was apparently hit in the incident.

According to Arabs, the incident was set off when Israelis attempted to overturn a tractor in a field in a “price tag” attack, but the victim of the stabbing said that he had ventured several hundred meters out of Adei Ad, when he was ambushed by three Arabs, who attempted to drag him to the village of Al Mu’ayeer, next to Adei Ad. He told Yediot Acharonot that he managed to escape, and realized when he was running that he had been stabbed. He called for help and Adei Ad’s security team chased the Arabs, he said.

A report named the stabber as Hamdi Naasan, a terrorist who had been convicted in the past for shooting Israelis and setting off bombs. He was sentenced to nine years in prison for his activities, but was released in 2007 as part of a group of terrorists released as a “gesture” to Palestinian Authority chief Mahmoud Abbas.

On Friday, some 10,000 Gaza Arabs rioted along the security fence. Hundreds attempted to breach the fence, and many threw rocks and firebombs at IDF troops along the border. Rioters also burned tires, causing large amounts of air pollution. Several rioters cut through the fence and ran to the Israeli side before running back into Gaza. Israeli soldiers used anti-riot methods to break up the crowds.