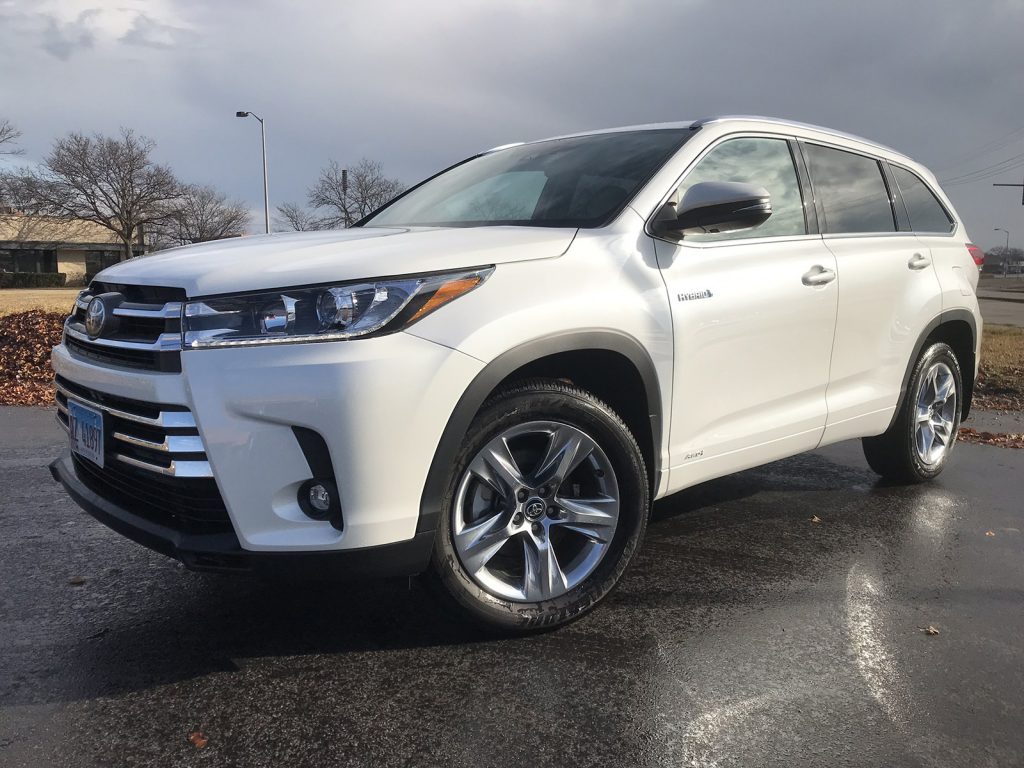 Looking for the most fuel-efficient three-row crossover with all-wheel drive? Chances are you’ve zeroed in on the Toyota Highlander Hybrid. Not much has changed for the 2019 Highlander Hybrid except the market. Automakers are rolling out more fuel-efficient crossovers by the day, it seems, with plug-in hybrids and full battery-electric vehicles planned for the immediate future.

As one of only a few hybrid three-row crossovers, the 2019 Toyota Highlander Hybrid is worth revisiting since our last write-up for model year 2015. Is it worth the upcharge, and how does this aging model stand up to the new competition? And, does it pay to be patient until the redesigned 2020 model drops this year?

The 306-horsepower V-6 with an electric continuously variable transmission comes standard in four trims. We tested the Limited, second only to Limited Platinum ($3,520 more). Motors on the front and rear axle provide AWD capability.

Toyota Safety Sense, the suite of advanced driver assistance systems including adaptive cruise, automatic high beams, lane departure alert and more are standard on all Toyota models. Other than that, the technology in the second-generation Highlander Hybrid feels old. But old can also feel familiar. There are no great surprises or steep learning curves, the infotainment system is functional, the control layout sensible enough. It has a smooth and quiet power delivery and offers plenty of room for a family of six. The lack of power folding seats or automatically collapsible headrests at this price point seemed cheap.

Based on EPA estimates of 15,000 miles driven annually at current gas prices, the annual fuel cost is $1,250 for the Hybrid and $1,600 for the gas model. Hybrid owners will recoup their extra costs within five years of ownership. But that is based on 55 percent of city driving. The Hybrid is at its most efficient in around-town driving, getting 9 miles to the gallon more than the gas version. With city-only driving, the upcharge is recouped in three years of gas savings at $550/year (annual fuel cost increases to $1,800 in the gas version). But are you really driving 15,000 miles around town? For some parents, it sure feels like it.

By year four of ownership, the Hybrid owner is winning. Then there’s the added bonus of having a cleaner, greener conscience and showing the drivers of tomorrow that you give a leaf. Let the economists put a cost on that. Seriously, though.

Yet we averaged a meager 24 mpg at 33 mph in the deepest depths of winter.

So, yes, in most cases, the Hybrid is worth the upcharge over the gas version of the Highlander and other fuel-efficient three-rows such as the Mazda CX-9 and Kia Sorento. Mitsubishi Outlander PHEV doesn’t come with a third row, so that raises the question everyone is asking, from regulators to automakers: “How much green do you want to spend on being green?”

The lovely Volvo XC90 plug-in hybrid starts at $67,000, nearly 50 percent more than the Highlander Hybrid. All the luxury makes are launching plug-in or full battery electric crossovers in the next year or two, so maybe they think we have money to … compost.

What about the excellent Chrysler Pacifica plug-in Hybrid? I can hear the eye rolls from here. You hate the styling, I get it, but sliding doors and wide spaces make the minivan the most practical family car around. Pacifica gets 29 mpg combined, too, without factoring the 32-mile electric range. That would suffice for the vast majority of family errands, we expect, so there would be no gas charge annually except for the road trip fueled by all the money you saved on gas!

But it’s not a crossover. Now I’m the one rolling my eyes.

More mainstream automakers are rolling out three-row hybrid crossovers. The 2020 Ford Explorer will come as a hybrid, though fuel economy numbers won’t be released until closer to the spring release date. The police version of the new 2020 Explorer Hybrid gets 24 mpg combined.

2019 Toyota Highlander Hybrid in Limited trim at a glance