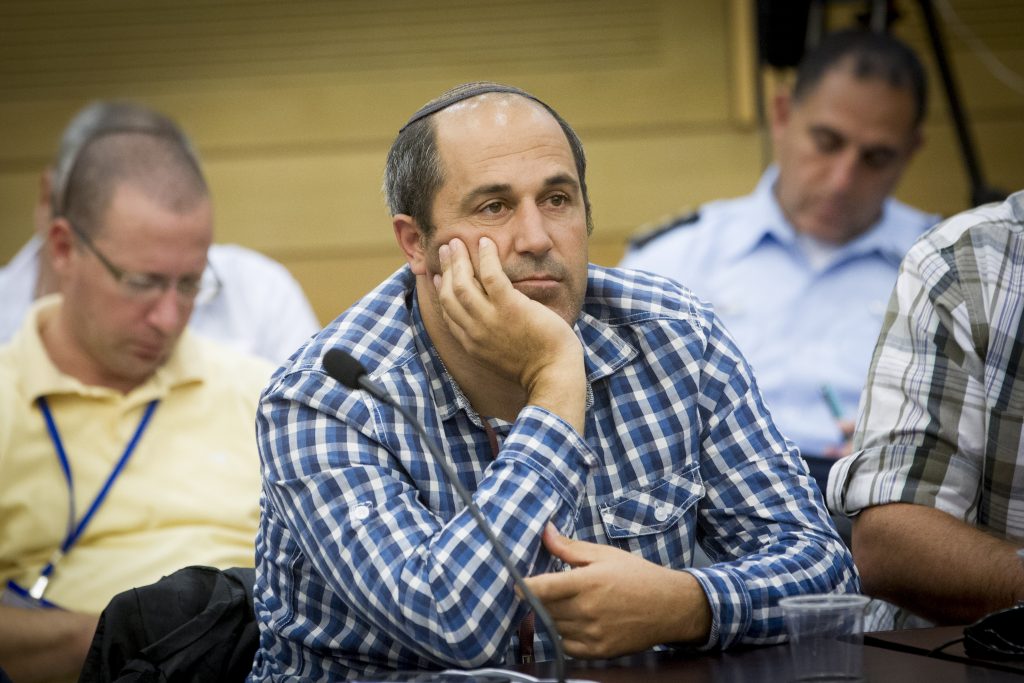 Arabs threw firebombs over the weekend at the house of Yerushalayim City Council member Aryeh King – one of over 100 attacks he has experienced over the past two and a half years. The attack occurred Friday night at the building in the Shimon Hatzaddik apartment building where he and other Jewish families live. The attack consisted of three firebombs, one of which started a fire near the house.

In a social media comment, King said that it appeared that “the Shin Bet not only observes Shabbos by allowing attacks like these, they are also ensuring that their personnel are used only for ‘real’ terror attacks, not for attacks like these against Jews,” referring to the recent intense investigation by the Shin Bet which led to the indictment of a Jewish youth who allegedly threw rocks at an Arab vehicle, causing the death of a passenger.

King has been very active in organizations that aim to reclaim Jewish-owned property in Yerushalayim occupied by Arabs, who squatted on Jewish property after Jews were chased out of the Old City in the 1948 War of Independence, when the Old City was occupied by Jordan. He has also been active in efforts to prevent illegal Arab construction.

IDF soldiers overnight Motzoei Shabbos seized weapons that were to be used in terror attacks. Soldiers, working with police, discovered weapons in the Arab town of Naalin, near Ramallah. In a statement, security officials said that such weapons were used in terror attacks as well as for criminal activity, and that security forces were determined to seize all weapons that were being held illegally by all people, in order to better protect all Israelis and residents of Palestinian Authority-controlled areas, who are also under threat by terrorists and criminals.

Also overnight, security officials said they arrested 10 wanted security suspects in other areas in Yehudah and Shomron. The suspects were wanted for participating in rioting and throwing stones and firebombs that endangered Israeli civilians and IDF soldiers. Several of the suspects were also charged with belonging to Hamas. All were being questioned on their activities by security forces.