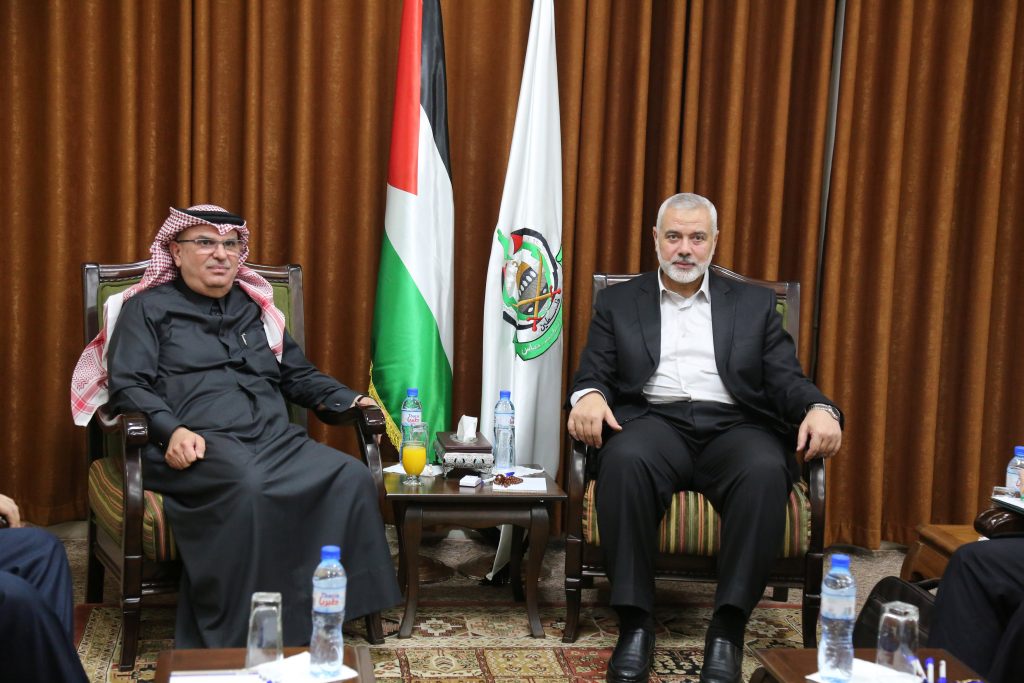 Qatar on Friday said it will pay $20 million in humanitarian aid to boost the ailing economy of Gaza, a day after the coastal strip’s Palestinian rulers stopped the oil-rich Gulf state from paying money directly to impoverished government workers there.

The move was widely seen as a compromise between Qatar, which appears intent on increasing its regional influence, and the Palestinian terror group Hamas, which controls Gaza.

Qatar’s point-man for Gaza relief efforts, Mohammed Al-Emadi, said in Gaza: “It was agreed to allocate the Qatari financial grant to pay for humanitarian projects with full cooperation and coordination with the United Nations.”

He said the first agreement with the U.N. would be signed on Monday, setting up a $20 million job creation project.

A day earlier Hamas had blocked direct Qatari payments to Palestinian civil servants in Gaza, claiming that Israel had broken agreements about how the arrangement would be carried out.

The compromise follows a tortuous regional standoff that has left civil servants in Gaza caught up in a bitter power struggle between Hamas and Palestinian Authority leader Mahmoud Abbas.

Hamas wants to pay the workers that it hired, but doesn’t have enough money after years of blockades, wars and the failure of reconciliation efforts with Abbas. Wages have been cut in half for several years, and payments were often behind schedule.

Abbas has refused to pay them, hoping that by slashing salaries, and thereby worsening economic conditions in Gaza, he can force Hamas back to the negotiating table.