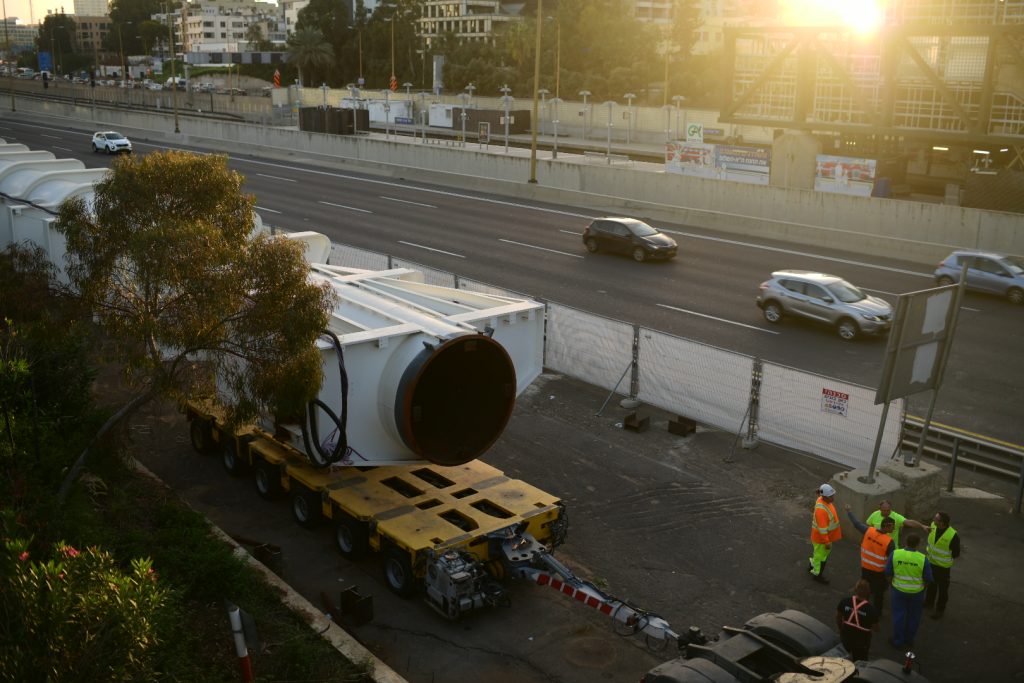 After failing to prevent the mass chillul Shabbos on the Yehudit Bridge in Tel Aviv, which was carried out from the onset of Shabbos until the conclusion of Shabbos, chareidi MKs called on the government to halt the chillulei Shabbos, and undertook to anchor in the law and coalition agreements the prevention of chillulei Shabbos in the future.

“Performing work on the Yehudit Bridge in the midst of Shabbos is a severe blow to the tradition of Am Yisrael, with contempt for the feelings of hundreds of thousands of observant people, and contrary to the status quo in Israel,” Deputy Health Minister Rabbi Yaakov Litzman wrote in the statement.

The deputy minister added, “I strongly protest this in the name of an absolute majority of Israeli citizens who regard shemiras Shabbos as a supreme value throughout the generation.”

Rabbi Litzman stated that he intends to anchor it in law. “Out of a moral obligation to preserve the Jewish character of the State, the chareidi representation will act to prevent chillulei Shabbos by government bodies, in accordance with the status quo that has been practiced in Israel over the years.”

“It is sad and even infuriating,” Rabbi Litzman concluded, “that the behavior of irresponsible politicians who misuse the values ​​of religion and tradition for political purposes is a poor attempt to cull votes in the upcoming elections.”

Knesset Finance Committee Chairman MK Rabbi Moshe Gafni pledged to amend the law so that there will be no more work on Shabbos. He focused his words on the mayor of Tel Aviv, Ron Huldai, who arrived Shabbos morning at the construction site and was photographed there, and later uploaded the picture to his social media account.

Rabbi Gafni added, “We will make every effort to amend the law in this matter so that Shabbos will not become the ‘national day of renovations.'”

“The heart turns at the sight of the mass chillul Shabbos, on the week that we read in the Torah the Aseres Hadibros,” MK Rabbi Yisrael Eichler said in a statement.

“The truth is known to all: All the engineering experts say that the bridge can be built at other times without chillul Shabbos.”

Work on the Yehudit Bridge resumed this Shabbos after it was stopped last year following protests by chareidi MKs.

Transportation Minister Yisrael Katz in August ordered construction on the bridge to be delayed by six months, prompting the Tel Aviv municipality to file a petition to the High Court asking for an injunction to allow work to continue.

According to the plan, the work will continue for another five Shabbosos, lo aleinu.