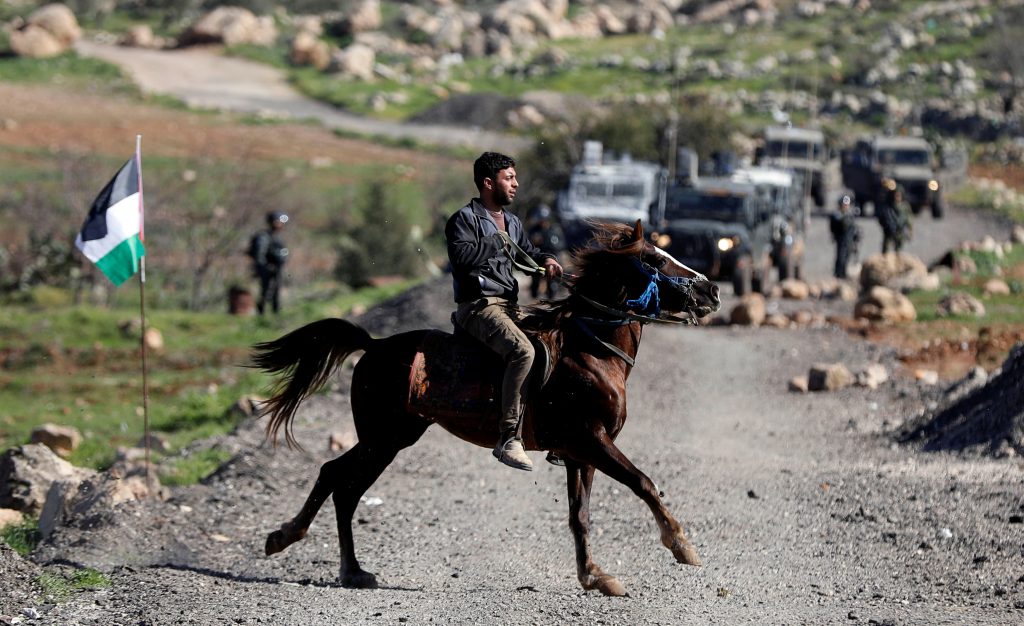 An attempted stabbing terror attack by Arabs near the Binyamin town of Adei Ad led to the shooting of an Arab rioter by the town’s security team. The Arab died as a result of his wounds. Three other Arabs were badly wounded as well.

The incident, which occurred Shabbos afternoon, led to rioting by Arabs in the village of Al Mu’ayeer, east of Ramallah. IDF soldiers intervened to break up the melee, using tear gas and other anti-riot methods. Some 20 rioters were injured during the IDF activity.

An Israeli who was walking in the area of Adei Ad was attacked by Arabs, and wounded by an Arab who stabbed him. Israelis nearby called for help, and the security team of Adei Ad showed up. According to a spokesperson for the team, members of the team fired into the air in order to fend off the Arab mob, which attacked them as well, causing a “life-threatening situation,” the spokesperson said. One of the rioters was apparently hit in the incident.

In a statement, the IDF said that “from the first details it appears that a dispute broke out between Israeli residents and Palestinians in the area. During the course of the incident the Israelis fired shots. One Palestinian was killed and several were injured.” The incident, the statement said, “will be investigated,” although it appears that the Arab was killed by the Israeli group.

On Friday, another Arab terrorist was killed when he and other Arabs threw rocks at Israeli vehicles on Road 60 in the Binyamin region. In the incident, which took place near the Binyamin town of Ofra, several Arabs threw stones at passing Israeli vehicles. IDF soldiers confronted them and ordered them to stop, and when the Arabs continued to throw rocks, soldiers opened fire on them. One Arab was injured and was treated by army medics, but later died of his wounds.

The IDF also said that forces arrested a Palestinian man armed with a knife after he breached the border fence in the northern Gaza Strip on Shabbos afternoon.