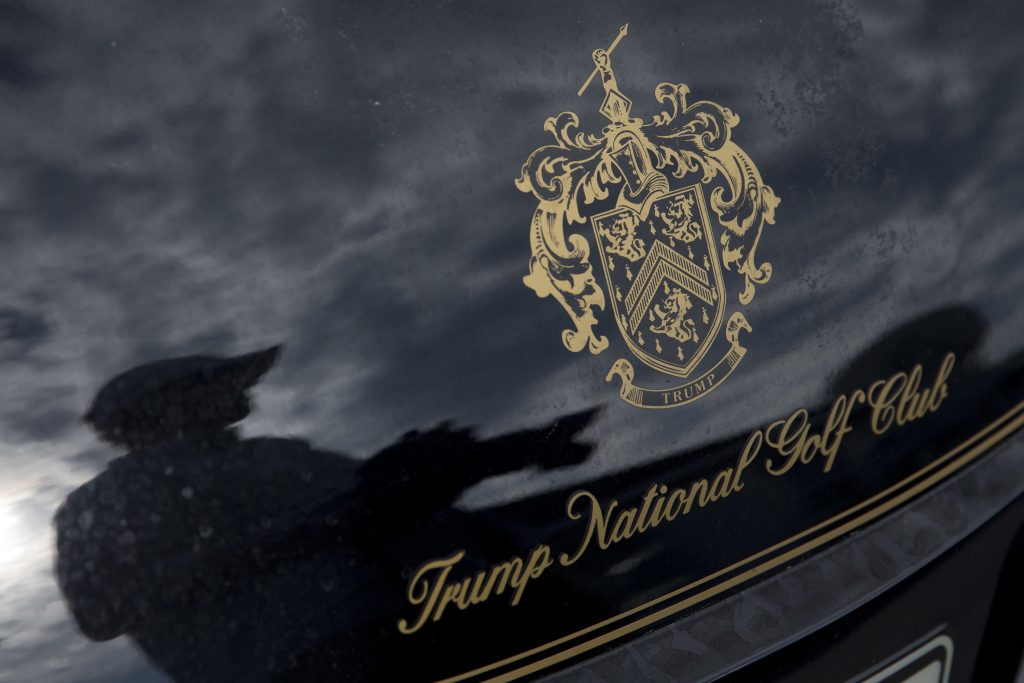 A dozen immigrant workers at one of President Donald Trump’s golf clubs in New York who are in the U.S. illegally were fired this month even though managers had known about their illegal status for years, a lawyer for the workers said Saturday.

As the president railed during the partial government shutdown against immigrants coming into the country illegally, a manager at the Trump National Golf Club in Westchester County called a dozen immigrant workers into a room one by one Jan. 18 and fired them, said lawyer Anibal Romero.

Many of them had worked at the club for a dozen or more years, he said, and managers knew they had submitted phony documents but looked the other way.

“This is bogus. People have been there for 12, 13, 14 years,” said Romero. He added, referring to one of the president’s sons, “One had the keys to Eric Trump’s bedroom.”

The firings come after workers at another Trump club in New Jersey came forward last month to say managers there had hired them knowing they were in the country illegally, and had even helped one obtain phony documents.

The crackdown at the New York club was first reported by The Washington Post.

The Associated Press left messages with The Trump Organization seeking comment. Eric Trump depicted the firings to the Post as a normal course of business.

“We are making a broad effort to identify any employee who has given false and fraudulent documents to unlawfully gain employment,” he said. “Where identified, any individual will be terminated immediately.”

He added that the “the system is broken.”

Trump has repeatedly cast the millions of immigrants in the country illegally as a scourge on the health of the economy, taking jobs from American citizens. He has said they also bring drugs and crime over the border.

Trump turned over day-to-day management of his business to Eric and his other adult son, Donald Jr., when he took the oath of office two years ago. The Trump Organization owns or manages 17 golf clubs around the world.

One man who was fired, a former maintenance worker from Mexico hired in 2005, told The Post that he started to cry when he was told of the news and pleaded with management to reconsider.

“I told them they needed to consider us,” said Gabriel Sedano. “I’d given the best of myself to this job.”

“I’d never done anything wrong, only work and work,” he added. “They said they didn’t have any comments to make.”

Romero, who also represents immigrant workers at Trump’s golf course in Bedminster, New Jersey, said he has called New York state authorities and the FBI to look into hiring practices at the New York club.

“There was a don’t ask, don’t tell attitude at the club,” he said. “We are demanding a full investigation.”