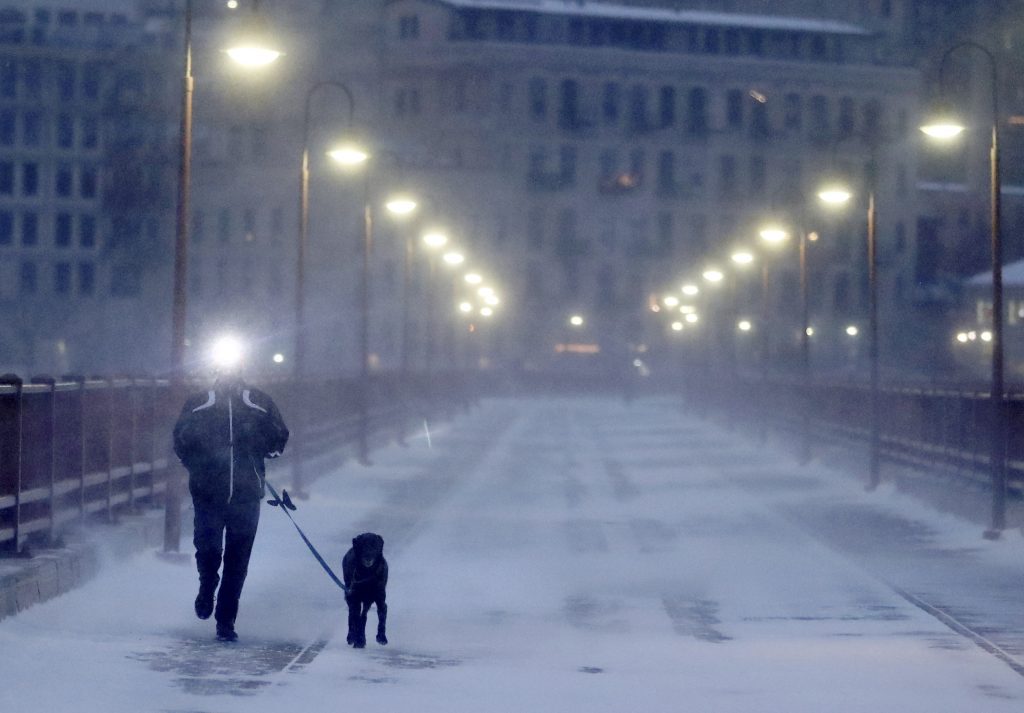 An arctic wave has wrapped the Upper Midwest in numbing cold. But the worst may be yet to come.

Wind chill advisories were issued for a broad swath of the Upper Midwest, where wind chill factors could dip to 40-50 degrees below zero in parts of Wisconsin and Minnesota and to 30-35 below in the Dakotas starting Thursday night.

Such wind chills, which describe the combined effect of wind and cold temperatures on exposed skin, could cause frostbite within minutes.

Forecasters say the frigid weather is expected to linger into next week, with even colder temperatures midweek.

The wind chill advisories cover “pretty much the entire Upper Midwest,” stretching from the Dakotas into Kansas and east to Ohio, including northern Missouri, central Illinois and central Indiana, said meteorologist Bill Borghoff of the National Weather Service in Chanhassen, Minnesota. The deep freeze followed a cold front that pushed through Wednesday night into the Ohio Valley, he said.

Kenny Blumenfeld, senior climatologist with the Minnesota Department of Natural Resources’ State Climatology Office, said winter cold snaps on average are an annual occurrence in Minnesota. But extreme cold happens only about once every three to five years, he said.

“It’s Minnesota. We’re supposed to go below zero and spend a lot of time not coming above zero. It’s part of our winter,” Blumenfeld said.